The latest Lexus RC F produces the output of 467 horsepower 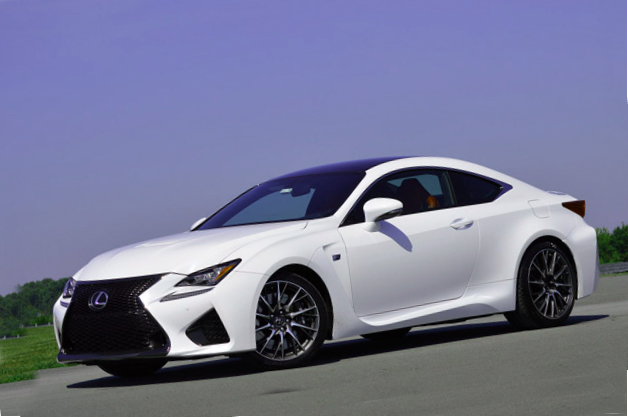 The latest Lexus RC F produces the output of 467 horsepower, costs from 63,325 dollars.
In spite of production of the well-known Lexus IS F is over, we will be offered the new Lexus RC F, which comes on the market as the car of 2015 model year. The carmaker announced prices for that novelty and the basic version will start from 63,325 dollars. It is cheaper than its important competitor the BMW M4 that costs from 65,125 dollars.
Moreover, the RC F is a more powerful than the M4. The RC F is equipped with the 5.0-liter V8 engine, producing the output of 467 horsepower while the BMW M4 gets the 3.0 six-cylinder in-line twin turbocharged unit issuing the power of 425 horsepower.
However, if we talk about acceleration, the BMW leaves the novelty behind because the Lexus RC F needs 4.4 second to accelerate from o mph to 60 mph while the M4 accelerates from 0 mph to 60 mph just in 3.9 seconds. This figure appears as a result of different car’s weight –the Lexus weighs about 3,958 pounds while the BMW weighs 3,585 pounds as well.

The novelty will be available with only the eight-speed automatic gearbox with paddle shifters. The ABS control and braking systems force at each wheel. There are 15-inch brakes in front and 13.6-inch at the back; in addition, the new RC F get 19-inch forged alloy wheels in stock.

The novelty is based on the RC coupe platform but it is longer, wider and lower. Owing to the new design, the RC F has better aerodynamic.
Inside, the car is equipped with the audio system including 10 speakers as standard; however, if you have a wish, you may choose the set of 17 speakers of the Mark Levinson.

Besides, the powertrain and technical features outside and inside, we should pay the special attention at the safety system, which includes the active braking system and eight air bags. Meanwhile, the new Lexus’s safety system works together with the adaptive cruise control.