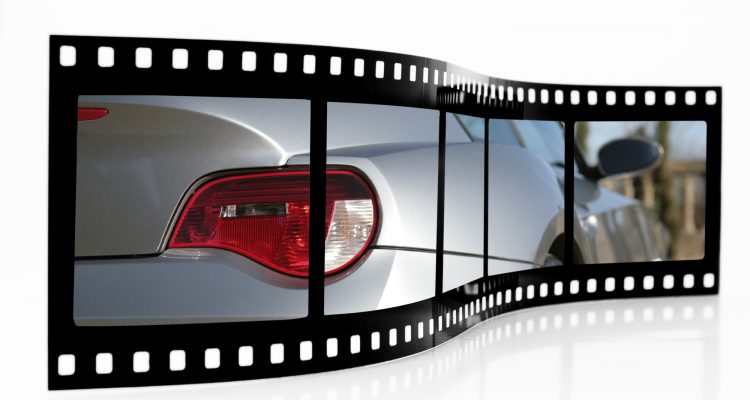 Have you ever fallen head-over-heels for a car you once saw in a movie?

It happens to the best of car enthusiasts. After all, movies have the freedom to feature any type of car. No matter how luxurious, expensive, or fictional it may be.

Lots of people can only dream of driving cars from their favorite movies. But what are the most famous cars in cinematic history, anyway?

Here are the 5 most famous movie cars of all time.

Throughout cinematic history, automobiles have often portrayed larger-than-life personalities. So much so that some of them have been actual characters in films. One of the most beloved and memorable of these sentient cars is Herbie, a 1963 Volkswagen Beetle.

In the 1968 Disney classic, ‘The Love Bug’, a destitute racer befriends and partners up with Herbie. Together, they embark on the adventure of a lifetime, outwitting their enemies one race at a time.

You may be able to recall Herbie’s creamy white exterior with the blue and red stripes. Don’t forget the iconic number 53 stamped on the front luggage compartment.

Herbie went on to star in a series of sequels and TV shows decades after the original film premiered. Still, Herbie the Love Bug wasn’t the only car in cinematic history to have its own franchise.

When people think of famous cars from the ’80s, the DMC DeLorean is usually first to come to mind. In the early ’80s, the futuristic DeLorean debuted on the scene. By 1985, the gull-winged sports car was one of the stars in the Sci-Fi comedy, ‘Back to the Future’.

In the film, Marty McFly meets with his friend, Doc Brown, who has his latest creation to unveil. Doc has built a time-traveling 1981 DMC DeLorean powered by stolen plutonium. But to escape imminent danger, Marty McFly travels back to the 1950s with the DeLorean.

After a series of mishaps, Marty unintentionally changes the course of the future. To save his own existence, he must fix the outcome of future events involving his teenage parents.

The 1985 classic wasn’t the last time we saw Doc Brown’s DeLorean time machine. The franchise featured a sequel that takes place in 2015 and a third film set in the 19th century.

The DeLorean wasn’t the last automobile to feature flashy and crazy car doors, either. Ferrari, BMW, Lamborghini, and even Tesla have all developed their own gull-winged models.

Nowadays, we have self-driving cars, augmented reality, and digital screens to marvel at. Despite all the latest car technology, we have yet to see more Batmobiles on the road. But there is, in fact, a real prototype of one, and you can actually drive it.

Christopher Nolan’s Batman trilogy is widely recognized for its dark realism. Compared to other adaptations, it’s often seen as having a more authentic feel. So, when it came to the Batmobile, production designer Nathan Crowley built the real thing.

‘The Dark Knight’ trilogy introduced the Tumbler, a Batmobile that functions more like a tank than a car. Unlike other Batpods, the Tumbler can maneuver and jump. All thanks to a set of front and rear tires that stand over 35 inches high.

With a 500 horsepower engine, the Tumbler is capable of a 60 mph acceleration in 5 seconds. Needless to say, it’s a fast cross between a militarized vehicle and a sports car.

Of course, not all elements of the Tumbler are real. The cannons and machine guns attached to it are computer-generated. But creating the actual Tumbler itself is an impressive feat nonetheless.

What’s a James Bond film without a sleek set of wheels? The James Bond franchise has featured some of the most famous movie cars in history. But if one Bond car stands out from the rest, the beautiful Aston Martin DB5 model from ‘Goldfinger’ takes the win.

A luxury vehicle in its own right, there are a number of features worth mentioning. First, the DB5 model features a larger all-aluminum engine compared to the DB4.

It also boasts twin fuel tanks and is capable of accelerating up to 60 mph in 8 seconds. If you’ve seen the film, you might be able to recall when Bond escapes Goldfinger’s henchmen. You may remember the DB5’s quick turns, all thanks to its 3,850 rpm torque.

Unlike the actual DB5, the one in the film featured a handful of gadgets to assist Bond. These included a smoke screen and machine guns.

When imagining joyriding and famous movie cars, a few films may come to mind. There was plenty of muscle car cruising in 1993’s ‘Dazed and Confused’. And who could forget the opening scene in ‘Wayne’s World’ with the crew singing along to Queen?

But when it comes to luxury vehicles and joyriding, the Ferrari in ‘Ferris Bueller’s Day Off’ is iconic. If you’ve seen the ’80s comedy, then you’ll remember the Modena GT Spyder California in all its glory.

It’s red, it’s flashy – and according to Ferris, it’s Mr. Frye’s fault that he “didn’t lock the garage.” Ferris is able to convince his best friend to take the Ferrari out to pick up his girlfriend. Before Cameron knows it, Ferris has driven the luxury vehicle into downtown Chicago.

The Modena GT Spyder California may not look like the typical Ferrari today. It’s certainly more classic looking and reminiscent of the models from before the ’80s. Only 50 models of the 250 GT, like the one in ‘Ferris Bueller’s Day Off’, was ever built.

Watch the Most Famous Cars in Hollywood

From chasing the Joker and escaping bad guys to ditching school and time traveling back in the past… These are the 5 most famous cars in cinematic history! If you love cars and are looking for a movie to watch, be sure to pop in one of these iconic films.

Looking for more news, tips, and everything related to cars? Stay tuned for more groundbreaking stories for every kind of car enthusiast!