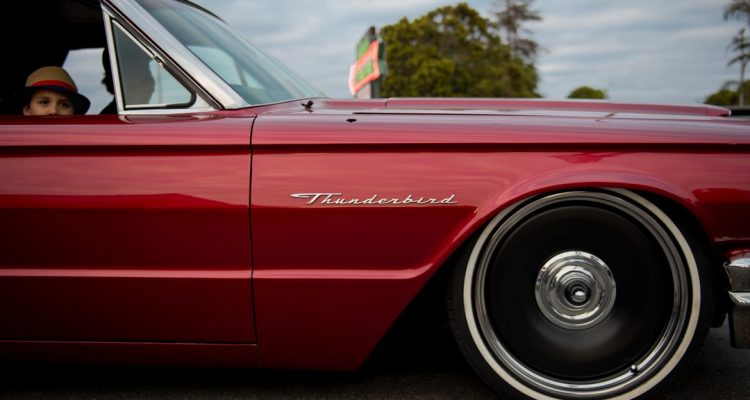 In 2018 the FTC revised the law that requires used car dealers to place a buyer’s guide in the window of every vehicle. The law has been in place since 1985 and protects consumers by making all important information available to them.

Did you know those vehicle profile sheets aren’t just for our pleasure but a legal requirement? Curious what other automotive laws are out there that affect your everyday life?

Keep reading to learn how federal regulation and law impact your car buying and owning experience.

Balance Between Protecting the Public and Innovation

Back in the 60s, social awareness took hold and soon regulations were put into place to increase safety and prevent pollution. This led to a focus on cars which were seen as opponents of both of these concerns.

Fast forward to today, and many regulations that enforce safety are now commonplace. This would be things like the seat belts, air bags, and crash ratings. For pollution car manufacturers install catalytic converters to pass emissions testing.

It is hard to argue that the regulations that put these features in place are bad. But where do you draw the line between protection and stifling innovation?

When it comes to emissions, we can all agree that cleaning the emissions from cars is a good thing. But it has also led to a decrease in horsepower production.

This can most readily be seen with the 1980 Corvette. Chevrolet gave up trying to make the car’s V8 engine meet California’s strict emissions requirements.

So instead they built two versions of the car. One for California with a 305 engine producing 180 horsepower. While the rest of the country got a 350 engine that produced 190 or 230 horsepower.

This disparity in the laws led to increased production costs for Chevy. Consumers in California were less than impressed. The Corvette also suffered from a lack of innovation.

The National Highway Traffic Safety Administration, or NHTSA, issues the safety standards implemented by Congress. These are the laws that protect society by reducing or preventing crashes.

It could be argued that safety regulations have led to an increase in innovation as manufacturers compete for title and awards. What began with seat belts and airbags has developed into self-parking, perimeter monitoring, and automatic braking.

The problem with these innovations is that they get offered as a premium. So while society as a whole could benefit, only those who can afford luxury vehicles and upgraded features can benefit from the latest in safety innovation.

Car manufacturers recoup their investment developing new safety features by passing the cost on to the consumer.

As part of safety regulation, manufacturers are required to perform recalls on vehicle parts that are found to be defective and dangerous. The advantage to consumers is that they get a potentially dangerous situation fixed for free.

The disadvantage is that you now have to go out of your way head to a dealer to get the repair. You also have the joy of knowing you’ve been driving around with a potentially dangerous situation.

Alternative fuels are the hot button issue as of late. Back in 2012 automakers, the EPA and the Obama administration agreed to set a future requirement of producing vehicles with 54.5mpg by 2025.

Consumers can expect to see future models that offer better and better fuel consumption. But this could also affect fuel prices as it will take less and less fuel to commute.

Consumers may also see a rise in cost and a reduction in performance. It has long been accepted that as you increase fuel economy and reduce emissions, you also sacrifice power and performance.

They All Look the Same

Have you ever headed to the car lot only to leave disappointed because all of the cars generally look the same? If you are the type of consumer who wants a unique vehicle, you can thank regulations for your lack of options.

As safety regulations increase, manufacturers moved towards more uniform looks. The first reason was the reduction of production costs.

The second reason is that these safety mechanics take up a certain amount of room. So manufacturers become limited in design options when accommodating the safety mechanisms.

So far, we have discussed the laws and regulations as they relate to the production of vehicles. But there are also laws that protect consumers when it comes to the sale of vehicles.

These laws relate to everything from what dealers must disclose in advertising to the regulation of warranties. This is where the famous Lemon Falls into place.

The Lemon Law protects consumers from being a dud vehicle. If you buy a new vehicle, and it ends up being nothing but problems, you have recourse under this law.

When the FTC discovers misconduct, they fight on behalf of the harmed consumers for justice. A recent settlement between the FTC and Sage Auto Group resulted in $3.5 million getting paid to consumers.

Don’t get too excited though, about 43,000 checks will get mailed. That equals out to about $81 per consumer.

Automotive Laws Effect All of Us

When it comes to government regulation, most start with the best of intention to improve society. Some focus on the production and function of vehicles. While others focus on the sale of the vehicles.

What you will find is that most car automotive laws result in increased costs to the consumer. This is because of basic economics.

Want more information about the car industry and how to care for your car? Check out our blog.