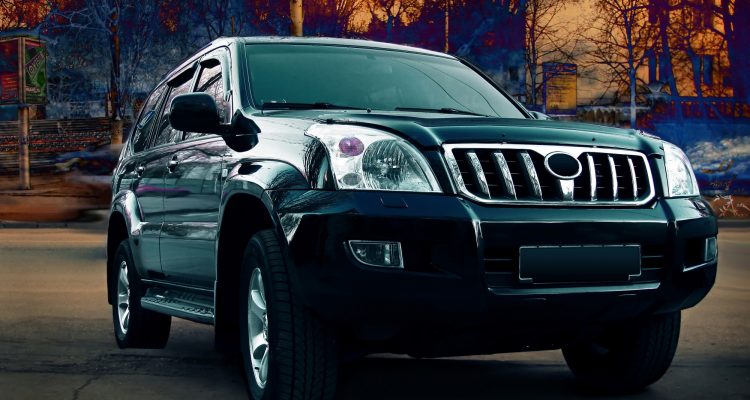 Having a strong presence in the automotive industry, this Japanese brand has taken over and continues to be at the top today.

With new cars being introduced every year, Toyota has successfully been able to uphold its strong place in the market. There are modern features that set Toyota apart.

Although they don’t feature on the most anticipated cars of 2019 list, there are unforgettable old model Toyotas out there.

Let us take a trip down memory lane to find some of the best Toyota’s ever made.

While there are many designs and features that have been introduced in recent years, there is still an exclusivity given to the Toyota brand especially its old collection.

You can even add car tech options to enjoy the driving. The experience associated with the old Toyota cars is still unforgettable. This is the reason that people still remember the following cars that were created by Toyota previously.

This was introduced in 1995 with an ability to give 320 horsepower.

In addition to this, it also came with a twin turbo. Drivers had fun while driving this masterpiece. But what really set it apart from its contemporaries was its ability to upgrade the beats to 500 hp.

With a sleek design and a smart choice of color, it was one of the cool Toyota cars that are still driven by many.

It was first seen in the U.S in 1965 and became famous instantly.

The “FJ” in the title denotes engine type (F) and jeep for (J). With its classic design, this truck came in soft-top and hard-top types. It was the first of its kind and car lovers still enjoy its smooth driving experience.

The Land Cruiser is still a popular choice today for many families and farmers alike.

First released in 1995, the Tacoma is still popular today with a 2019 model released this year. The 1st generation was classed as a compact pickup however, it’s in its 3rd generation now, classed as a midsized pickup. It has added modern features to sync with your smartphone.

This car came out in 1985 and mesmerized people throughout the world.

Its unique design and stylish interior enabled Toyota to attract the attention of customers looking for something different. It has two seats with rear wheel drive.

This car is small in size and was affordable. This was introduced as a sports car and rose to fame quickly.

Released in 1996, the Toyota Classic was among the best Toyota cars to buy.

Initially, only 100 cars were made that became a big success for Toyota. It was restyled recently to incorporate modern features.

The model AA was built and restyled on the rock-solid Hilux’s platform. Additional leather and wood were added to the interior.

Despite this, this model became so popular that even North Americans could identify with it. It was the best selling Toyota car ever. Its unique style and sharp colors made people buy them without hesitation.

Its launch created a big milestone for the company.

The company came out of its comfort zone and was able to experiment with the new auto aspects and trends.

This car was a real challenge as it was designed to be different from the mundane cars. The company experimented with new performances and incorporated new features. This experiment was a successful one and people still remember this model today.

With an engine having a redline at over 8000 rpm, this sports car was unique. It gave the best driving experience and was considered the best Toyota car. Unfortunately, the company stopped adding to this range after its launch.

This was introduced in 1964 and lasted until 1970. This was the first car that came to Europe and North America.

This established the Toyota Company as an automotive company. This car became the source for establishing its worth worldwide.

With such a big success and its popularity, its a shame it was shortlived. The company earned a lot but introduced many other models that became known as the best Toyota cars.

Its exotic design and aesthetically pleasing interior gave drivers a pleasurable driving experience. It was a 3 door 2+2 hatchback coupe.

Though it was last made in 1996, many are still on the roads today.

Modern Toyota hybrid cars are mostly what Toyota is known for these days, but their old cars have left a strong impression. Toyota cars have world-class safety features that enable you to drive safely with confidence.

This list highlights the old Toyota brand and cars which are still fresh in the memory of longterm Toyota lovers.

Toyota has made some unforgettable cars throughout the years and continues to release new and exciting cars yearly today.

If you are looking for a new car then check out these 7 tips to help you decide what car to buy.