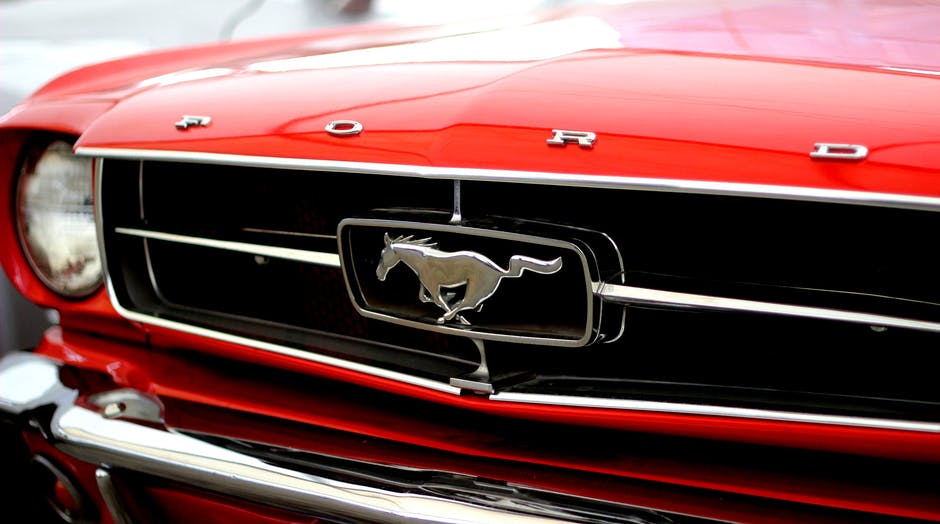 When it comes to car rivalries, few are as passionately discussed as Chevy vs Ford. This rivalry began in earnest in the years following World War II. Decades of cars duked it out for supremacy such as the Ford Thunderbird vs Chevy Corvette, Ford Mustang vs Chevy Camaro, and the Ford Galaxie vs the Chevy Bel Air.

Both of these brands are keystones of American car culture yet which is better? Today, we’re going to put titan against titan and legend against legend to decide which of these two brands is truly supreme.

Ready to find out more? Ladies and gentlemen, start your engines and read on.

We can’t talk about Ford and Chevy without considering the legacies of years past. In the 1950s, Ford rarely beat Chevrolet for sales but it wasn’t for lack of trying.

Chevrolet was off to a flying start with the Corvette, which was inspired by European GTs. Despite only arriving a year later, the Thunderbird could never quite match the Corvette’s fame and widespread appeal.

Jump forward a decade and while the Camaro was a huge success, it’s the Mustang that became the ultimate muscle car to many. Its short, compact body merged coupes with American muscle to create a car quite unlike anything else. It also had a ton of technical innovation thanks to designs like the Mustang’s torque box.

That is not to underestimate Chevrolet of the 1960s and 70s, the Chevelle was a mean machine that is still gorgeous today. The fifth generation of the Bel Air was incredible too, and for our money, is better than the Ford Galaxie.

We’ve taken a look at Ford and Chevy’s past but what of today? For the average consumer, which of these marques should be their first choice?

While GM is still the market leader in the United States, you’re more likely to see Fords on the road rather than Chevys due to the number of GM brands. Around the world, Ford is vastly more popular than Chevrolet, especially in Europe.

When it comes to reliability, Chevrolet fares slightly better than Ford but neither is bad. Both offer solid reliability with their models.

If you’re choosing between Ford vs Chevy for a truck, Ford is your best bet. Ford trucks tend to have better interior quality and the sheer power of the F-150 is hard to argue with.

Ford offers a huge range of models around the world, fit for every niche. From small compact cars to huge trucks and everything in between, there’s a Ford for you. Take a look here and you’ll see what we mean: www.matthewsfordba.com.

Chevy vs Ford may be an ancient rivalry but today, we’d argue that Ford is the clear winners. While Chevrolet of the past were the masters of motoring, Ford’s modern model choice and international success give them the edge.

Enjoyed this article? Check out the rest of our blog for more great motoring articles!