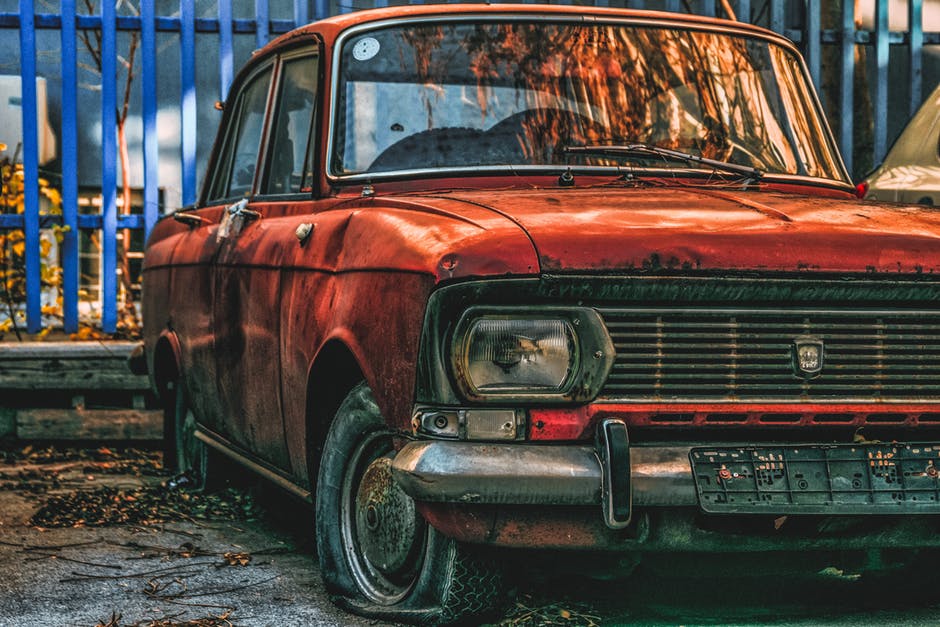 It looks like Americans are more hesitant to get rid of a car than ever before. The U.S. Department of Transportation estimates that over the last ten years, the average age of cars on the road reached nearly 11 years, and the age of the average truck is even higher.

In a lot of ways, that’s great. It could mean that cars are being built to last longer, or that people are holding on to their rides for longer to save money.

But no machine can last forever. And the longer you keep your car, the more likely it is that you’re going to have to sit down and decide if it’s finally time to get rid of an old car.

After driving a car for years, it’s not uncommon to get attached to it. It’s a constant reminder of all the memories made over the years it’s been on the road.

Or maybe you’ve just been dreading having to replace it when it finally goes. Whatever your situation, the longer you keep the same set of wheels, the more likely it is that they’ll become a liability.

If you’re on the fence, consider the following signs that your car’s lifespan has come to an end.

1. The Cost of Repairs Exceeds Your Car’s Value

Every mile driven since it first rolled off the lot has been gradually chipping away at your car’s value, and at some point, it will inevitably cost more to maintain and repair your car than it’s worth.

If your car has more than 150,000 miles on it, the odds are good that you’re already on your way there. This is around the point where your engine and transmission will become failure risks. And once they go, there’s a high probability that it will just make more financial sense to scrap the car and buy a new one.

2. Rust is Eating Your Ride

Even if your car is still a ways off from serious mechanical failure, time could still be taking its toll.

Rust is a problem that tends to start small and grows in size just gradually enough to go unnoticed. A little rust on the exterior is usually nothing to worry about. But then one day you find that it’s spread, and now your whole undercarriage is being taken apart.

That’s when you have a problem. The undercarriage is the support of your car and houses vital components like the fuel lines and brakes. Once rust poses a threat to this area, it’s probably time to retire that car.

3. Your Family is Growing

Another common reason to retire your ride is if your family has simply outgrown it.

For young couples trying to save money, it just makes sense to hang on to your old beaters as long as possible. But once you start to add kids to the equation, letting go of an old car might become mandatory.

Upgrading from a two-door to a minivan mike feel like a radical shift, but that’s kind of what starting a family is like. Even if your car still has a few years left on its life, you might have to let it go early to do what’s right for your growing family.

4. It’s So Old that You Feel Irresponsible Driving It

On the topic of families, size isn’t the only reason that you might need you to ditch an old car.

Old cars in general just aren’t are as reliable as you’ll need. Say you’re on your way to work and you find that your car is dead. No big deal, right? Just hail a rideshare and apologize to the boss for being late.

But what happens when you need to get yourself to work, get your kids to school, and manage the multitudes of other parental responsibilities that pop up during the week? It won’t be long before your position becomes untenable.

Setting aside the reliability issues, that still leaves the safety issues. Granted, it’s been a while since seatbelts and airbags were made mandatory, but that hardly means that your old car is up to snuff.

Cars from the ’80s, ’90s, and even the early 2000s all fall well below the current safety standards. Since then, innovations like side airbags and crash prevention technology have made cars far safer to drive, which should always be a priority. Especially if you’re in the family way.

6. You’re Moving Up in the World and It’s Time For An Upgrade

It could be that you’ve just reached a point in your life where it’s time to make a change.

Maybe your car has served you faithfully since college or even high school. Maybe there isn’t even anything wrong with it. Sure, it’s over a hundred thousand miles, but you’ve already had the brakes and several belts replaced, and you’ve been diligently keeping up with maintenance.

But if you’ve held on to it for that long, it might not be a good fit for your lifestyle anymore. If things are going well and you’ve already gotten a good ride out of your vehicle, there’s no reason why that can’t be reason enough to trade up.

7. There Is No Title for Your Car

Sometimes you’ll inherit an older car, but find that the title hasn’t come with it.

A lost title can turn a potential windfall into a headache. It’s illegal to sell a car to someone else without a title, and acquiring the proper documentation can be a long, expensive process that may end up costing more than the car is worth.

There is a caveat, however. As long as it’s not stolen, it is legal to sell your car, no title necessary, to a salvage yard. If you find yourself in such a position, then offloading the old car you’ve inherited might be your only viable option.

Know When It’s Time to Cut Your Losses

Deciding to get rid of a car isn’t an easy decision. Even if it’s on its last legs and just begging to go out with some dignity, it can often be hard to say goodbye.

But there are often more concrete reasons to let it go than to keep hanging on to it. Whether it’s out of safety concerns, a growing family, or just good financial sense, consider all the reasons there might be to retire your old wheels. Odds are good that when you sit down to the fact, you’ll find that it’s time to trade up.

For more great automotive content, feel free to take a good look around the site.