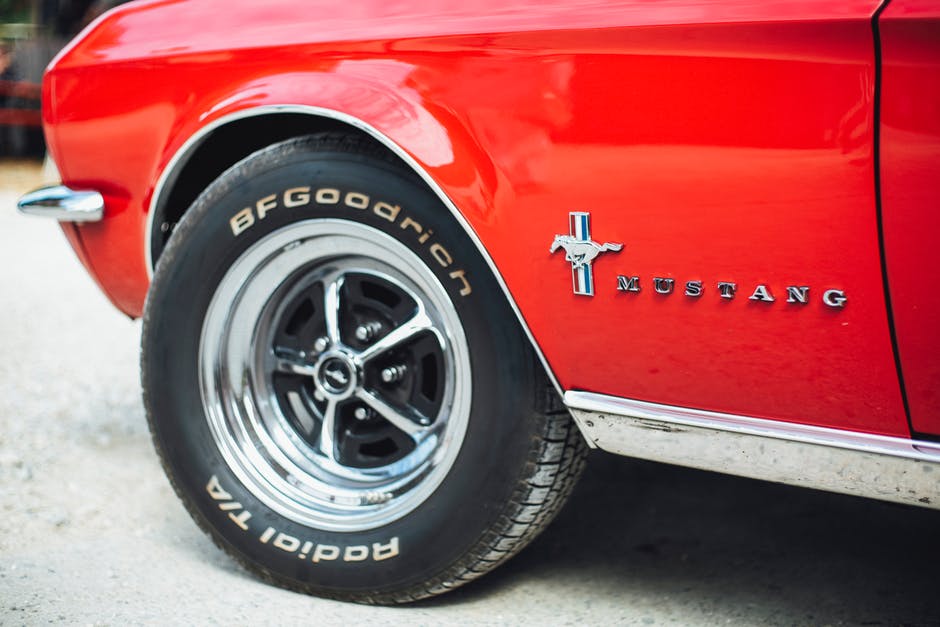 Do you want everyone’s eyes on you as you cruise down the street? That’s the kind of experience that you can only get while driving a legendary car.

Over the years, Ford has made a whole host of cars that have attained legendary status. But which are the very best Ford cars?

If you want to have one of the top American driving experiences possible, you’ll want to get one of these fantastic cars from the Ford lineup. Interested in becoming the envy of the neighborhood? Check out these awesome Fords!

You knew that this car was going to make the list. This muscle car kickstarted the Pony Car trend of small, powerful compacts, so it takes center stage in muscle car history.

The first-generation Ford Mustang was an absolute demon on the track. Powered by a 271 horsepower, 4.7-liter V8 engine, this baby could destroy a quarter-mile in only 15.7 seconds.

The best part about the Ford Mustang was its price. Almost anyone with a bit of disposable income could own one. It is truly the best Ford muscle car in history.

This hulking SUV might not look exceptional from the outside, but step inside and you’ll find one of the best family vehicles of the past few years.

This SUV can tow anything you care to mention while sitting up to eight people in sumptuous comfort. The 3.5-liter V6 engine is superb, producing 375 horsepower and 470 lb-ft of torque. Economically, it’s a sound purchase, averaging 17 mpg in the city and 24 on the highway.

Slip in front of the leather steering wheel and you’re treated to a technological smorgasbord of features. Most notable are the tri-zone climate control, 360-degree split-view camera, and the fantastic infotainment system. This may be the best Ford SUV ever made.

For the racers at heart, the Ford Focus RS is a perfect compromise between speed and utility. Featuring a 2.3-liter four-cylinder Ecoboost engine, you might expect lackluster performance. You couldn’t be more wrong.

This incredible car can hit a top speed of 165 mph and reaches 60 mph in only 4.5 seconds. The Focus RS does this while still being practical enough for trips to the supermarket!

Only 1000 of these phenomenal Ford cars saw American roads, so scour the small ads if you hope to find one.

Race cars don’t come a whole lot sillier than the GT40. The first factory Ford car to win at Le Mans, its development by Carroll Shelby shows in every inch of it.

It was a car that brought American engineering to European motorsport and did it in superb style. You can keep your modern GTs. It’s a GT40 for car enthusiasts.

Following World War II, it wasn’t uncommon for GIs to bring back a lightweight European racer, which brought a fast, elegant driving experience to American roads. Chevrolet noticed, releasing the Corvette in 1953, which Ford countered with the superb Thunderbird.

While its name is often associated with the larger, later models, the early Thunderbird is pure driving bliss. Powered by a 4.8 liter V8, it came with either a fiberglass top or a cloth convertible hood and was a true prestige car.

Inside, there were power seats, pushbutton door handles, and a telescoping wheel. The Thunderbird was a luxury tourer found immediate success in the United States.

Sure, the Model T had more of an impact, but the Model A is where Ford cars came to life. This full-size Ford was an instant success, selling almost five million models in four years.

While it had its merits as a car back in the 1930s, it’s what it’s become since that’s important to us. The Model A is undoubtedly one of the most important cars for hot rodders in history.

The car’s availability and ease of customization have netted us some of the most incredible hot rods in history. Common modifications include dropping the suspension, removing the hood, and fitting brand new engines. It’s one of the most important vehicles in American car culture.

If you’re looking for a perfect sedan, the Ford Fusion could well be the car for you. There’s a ton of room inside the expensive-feeling cabin for all passengers. The infotainment facilities are top-notch too, with a nine-speaker sound system, Wi-Fi hotspot and Ford’s MyKey system as standard.

Even better for the economically minded among you, the car is available as a hybrid. It’s a very solid hybrid too, getting 43 mpg in the city and 41 mpg on the highway.

While it’s not the fastest of the Ford lineup, it feels surprisingly sporty to drive and handles like a dream.

If you’re looking for a 2019 Ford Fusion, shop car inventory.

Built by Shelby American, this is the Ford Mustang taken to the next level. Hertz bought many of these cars and rented them to customers for track days. What a car they got for their money.

Powered by a 4.8 liter V8, with a four-barrel carb, these incredible muscle cars could hit 60 mph in just 6.6 seconds.

Don’t let the interior trim fool you. Shelby changed almost everything about the Mustang to make it their own. The most significant changes that the average racer would notice were the Warner T-10 transmission, disc brakes at the front, and the new tachometer and oil pressure gauge.

Want To Learn More About The Best Ford Cars?

When compiling a list of the best Ford cars, we know that we’re going to have missed somebody’s favorite model. What did you think of our list? Would you pick the modern GT over the GT40, or today’s Mustang over the first-generation? Would you rather have a Model T than a Model A? These types of conversations are one of the best things about being a car enthusiast.

If you’re looking for more articles on cars, check out the rest of our blog.