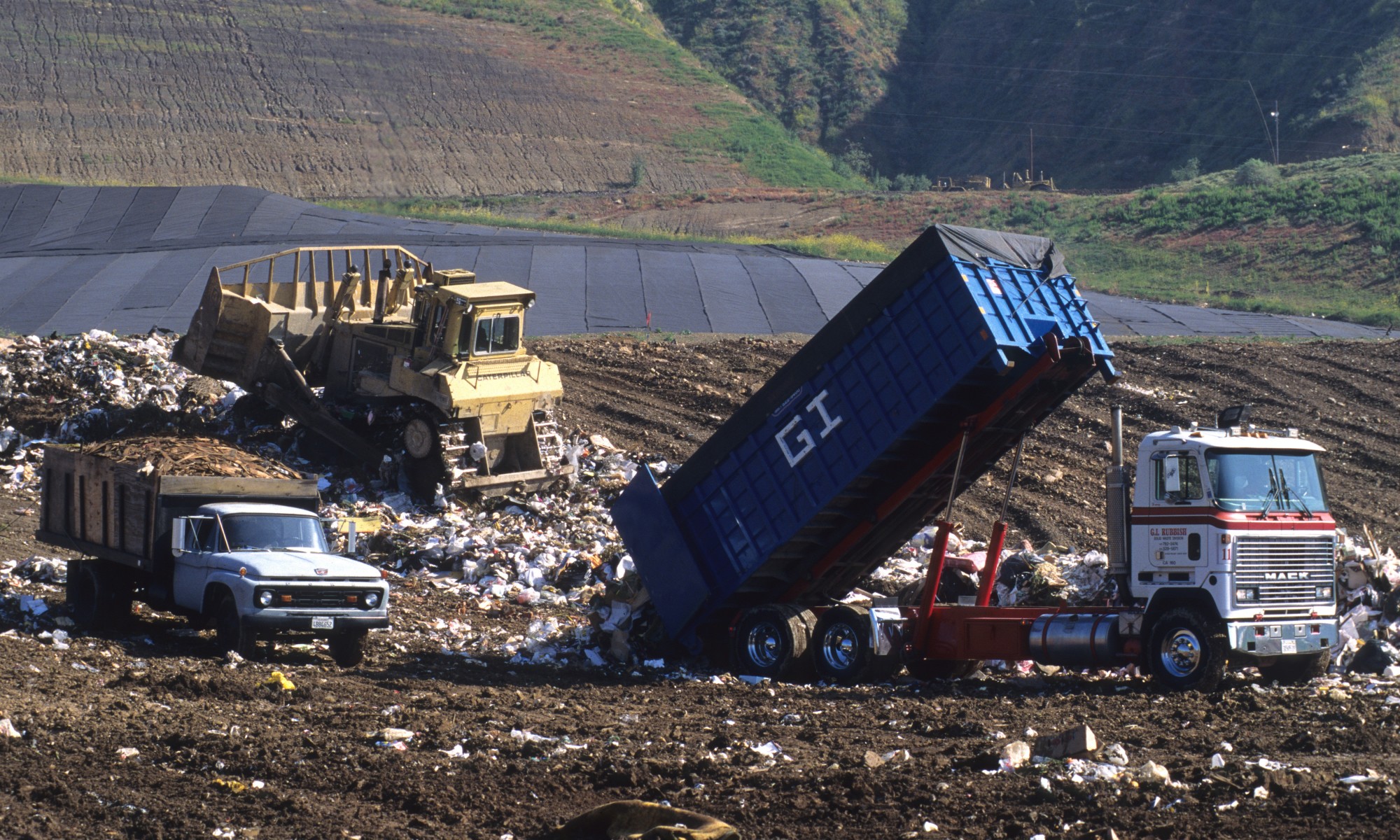 The garbage truck is a remarkable piece of equipment. Not only does it carry garbage to landfills, it grinds and processes all that garbage on the way there.

The first garbage trucks, at least those that were part of organized businesses, were in the first decade of the 1900s. Would you believe these early garbage trucks were nothing but large carts pulled by horses?

Then the garbage truck got engine… And the rest is history. The history of garbage trucks, that is. And it begins here.

Yes, in the very early days of garbage collection, horses did about as much work as the men who loaded the garbage.

Then came the motor-driven garbage truck. It looked a little like the recent (at the time) Ford Model T car and a little like a souped-up pickup truck.

In the teens, Mack Trucks became involved in manufacturing garbage trucks. They changed the back-loading truck that was current into a top-loading model and put the driver’s seat on top of the chassis in front.

Then, in the early 1930s, came a terrific innovation: the ability to lift the back of the truck mechanically, using an “escalator” mechanism, and literally dump the trash from the space at the back.

The garbage truck changed again, thanks to the innovative work of George Roby Dempster, a businessman from Knoxville, TN who lost nearly everything in the Great Depression.

The enterprising Dempster picked himself up, though, and applied his knowledge of heavy machinery (from his earlier career in construction) to introduce the Dempster Dumpster—still in use today.

By this time, the garbage truck had become a little more sophisticated in function. Its new front-loading capabilities suited Dempster’s invention perfectly. The dumpster was fitted to the truck’s lift, thus easing garbage collectors’ burden considerably.

Another breakthrough, in 1938, was the Barwood Load Packer. This was the first garbage truck with an on-board compacting system that smashed the garbage down so the vehicle could haul more trash.

It worked because of a huge blade, powered by hydraulic cylinders, that scooped in the garbage. Not surprisingly, the rear-loading garbage truck made a comeback too. But this time it had the new “garbage-eating” technology.

As you probably can guess, a lot of the features of garbage trucks in place by the early 1960s are still used today. But other innovations in the later part of the 20th century moved the sanitation industry forward in other ways.

Trash bins, also known as “totes,” came along. With their front-loading capabilities, these now function as sort of small-scale dumpsters for everyday household trash. Traditional trash cans are used for other things.

The rise of recycling-specific municipal garbage collection came along in the late 20th century as well. And the 1990s saw the EPA lay down some rigid standards for the sanitation industry writ large.

Garbage trucks changed too. They are now front-loading—again. And in the environmentally friendly spirit of the times, more garbage trucks—like those at Blue Sky Refurbishing—have been reconditioned for continued use (rather than scrapped).

The Garbage Truck in the 21st Century

Recycling has become commonplace in the 21st century. And garbage trucks exist today that are so automated that workers don’t even need to get out of the truck when it stops. Bins are automatically lifted and emptied into the truck.

In the future, garbage trucks might even be replaced by new technologies. For example, trash removal at Disney World and other places happens through an extensive underground network of vacuum tubes, sort of like the sewer system.

We’ll wait and see what else the 21st century has in store for the garbage truck and sanitation in general. And if you’re interested in more on this topic or others related to transportation, be sure to check out our blog.