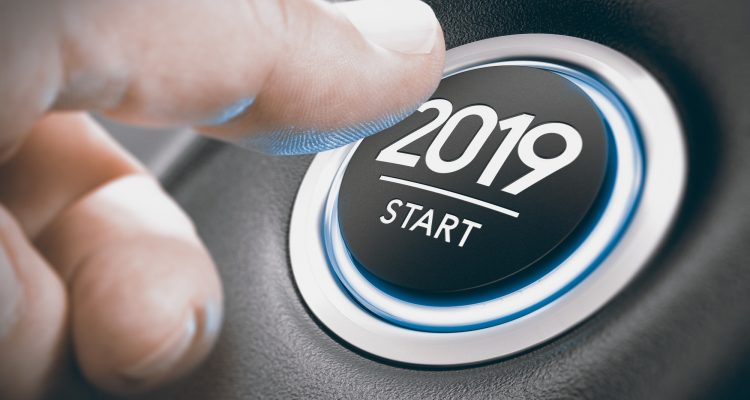 Whatever the new year has in store we know it includes some great 2019 cars, trucks, and SUVs.

Sexy rides became sexier, and big vehicles grew bigger. Meanwhile, innovation can be found under the hood, in the drivetrain, and even in the tailgate.

If you don’t have time to test drive each of the new 2019 vehicles, at least set aside a few weekends to sample the ones we mention below. You’ll thank us later.

Your favorites are back and looking better than ever. Plus, later in the year, a famous name plugs into the electric scene.

The BMW 3 Series, the most popular BMW series, has been revamped.

The new version is wider and longer and taller, but yet lighter. It dropped around 121 pounds.

The chassis is sturdier with a significant increase in rigidity. The horsepower reading is up by seven, and torque has increased by 37 lb-ft.

It’s the same sleek BMW that you first fell in love with, but faster and with a better ride.

The A6, Audi’s mid-size luxury sedan, has gained roughly 250 pounds. Nevertheless, fuel economy has gone up.

It still has a 3.0-liter six-cylinder engine, but instead of a supercharger, the new model has two turbochargers. That new engine sits just a little farther back than the usual Audi engines. The adjusted weight distribution contributes to the type of easy but responsive handling you’d expect in a luxury vehicle.

The A6 comes with a variety of driver-assisted features for safe cruising, turning, parking, and so forth.

Kia refuses to be satisfied with the Forte being its best-seller. For 2019 the company tweaked the Forte until it had more back seat room and a larger trunk.

Kia also gave the Forte a facelift. The new version is a looker. It’s borrowed a few design elements from several expensive cars resulting in a more upscale look.

Kia’s own version of a continuously variable automatic transmission gives the Forte FE an estimated 41 mpg on the highway.

Tesla isn’t the only large-scale maker of a sexy four-door electric vehicle.

The car doesn’t just drive fast. It also recharges fast. In only four minutes of charging the batteries have enough power to last 60 miles.

The concept version of the vehicle was named the Mission E. For the production car Porsche has decided on the name Taycan (pronounced TY-KAHN).

American-made trucks continue to dominate. Joining, or rather, rejoining the herd is yet another American favorite from yesteryear.

The Ford Ranger is back after an eight-year absence from American highways.

It’s not the little truck you remember. It returns instead as a mid-sized truck.

It can now carry more payload than its competitors. The Ranger tops out at 1,860 pounds versus 1,580 for the Honda Ridgeline.

The 2019 Dodge Ram 1500 does what we humans wish we could do–lose weight while getting stronger.

The Ram shed around 225 pounds but can now tow over 2,000 more pounds than last year’s model. It can also carry a 2,300-pound payload which marks a 420-pound gain over last year.

The cabin is bigger with the luxurious features Ram is known for.

There are storage bins both beneath the rear floor and under the rear seats.

New and better materials are making it possible for large trucks to weigh less than their predecessors. That certainly holds true for the 2019 Chevrolet Silverado.

The latest Silverado lost 450 pounds thanks to the switch to high-tech structural components. The redesign of the frame also results in a better ride with less vibration.

DFM saves fuel by deactivating four of the eight cylinders when full power isn’t required. AFM, in contrast, can select either of 17 different combinations to operate the cylinders, matching the needed power to the circumstances.

DFM is also available with the V6 while AFM is used on both the company’s four and six-cylinder engines.

Usually, when we talk about full-size trucks, we talk about power. The GMC Sierra 1500 has plenty of power in all its configurations. However, the 2019 version offers a couple of other automotive innovations that make a hard day on the job a little less so.

Getting into and out of the bed of a full-size truck can be challenging, but it doesn’t have to be with the Sierra.

The GMC Sierra has a new MultiPro tailgate that can move into six positions. The MultiPro is two tailgates in one. There’s the standard tailgate, and then there’s the upper tailgate.

When the main tailgate is horizontal, the upper tailgate can also lie horizontally to expand the length of the bed, or it can be vertical to protect cargo from falling off.

The tailgate, as a unit, folds all the way down if need be, but the upper tailgate can also fold back onto the main section.

Wouldn’t steps be a nice touch? The MultiPro gives you steps as well as a safety handle.

The Denali model also comes with a suspension system known as Adoptive Ride Control (ARC). ARC uses an electronic valve to oversee the movement of fluid through the shocks. ARC allows the Denali to compensate for bumpy roads so quickly that your coffee doesn’t have time to slosh out of your cup.

The American public shows no sign of losing its enthusiasm for the SUV. That’s definitely not likely to change in 2019 considering the additional power and sophisticated engineering the new models offer.

Hyundai is getting lots of love for its 2019 Kona.

A standout feature is the optional turbocharged engine which gives the Kona the extra get-up-and-go that’s typically missing from subcompact SUVs.

All-wheel drive can be ordered with any of the Kona models.

Other options include a wireless charging pad, sensors to prevent rear parking errors, a touchscreen, a head-up display, and an Infinity stereo.

The QX50 sports an all-new design built on its new exclusive platform.

However, it’s most notable feature is its engine, the VC-Turbo, which can adjust its compression ratio to fit your driving needs. You can have less compression when maxing out the turbo boost or more compression for cruising.

Infiniti becomes the first automaker to figure out how to produce a variable compression engine for the general public.

The engine alters its compression by changing the stroke height of the pistons.

The result should be more torque when needed plus greater gas economy.

Jaguar enters the electric SUV market with the I-Pace. The I-Pace is the more environmentally friendly version of the critically-claimed fuel-burning F-Pace.

Makers of electric vehicles are in a race to bring their prices closer in line with the budgets of American households. It’s noteworthy then that the I-Pace is some $10,000 cheaper than Tesla’s Model X SUV.

The 2019 cars offer something for everyone.

Make sure you’re aware of the next great thing before it even makes its way to the showroom floor. Stay informed of the current developments in the automotive industry by reading the Go Motors Automotive News section.