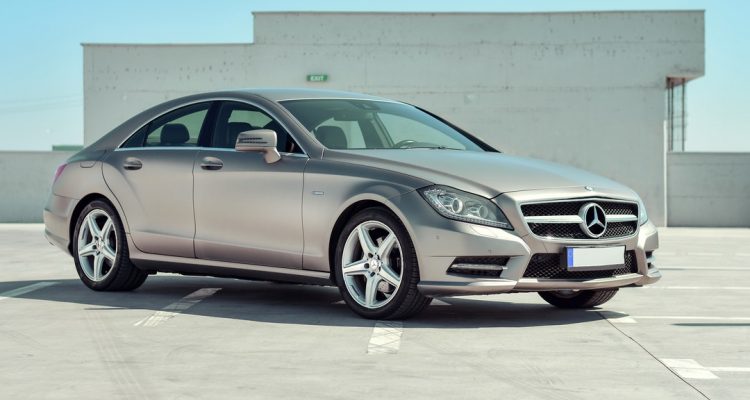 The automobile has come a long way since its first incarnation in 1885.

The underlying technology behind car engines hasn’t really changed all that much. But there have been plenty of other developments that have made driving safer and more comfortable. Like a roof, for example!

Manufacturer’s continue to put huge sums of money into developing new tech to help their cars stand out from the crowd. Some of the recent developments are really exciting.

So read on as we take a look at some of the coolest new car technology.

Self-driving cars aren’t a new concept. Michael Knight was riding around in KITT way back in the eighties.

But we are now on the brink of fully self-driving cars becoming a reality. Tesla cars come with an autopilot function which is as near as it gets at the moment, but it’s still not quite the same as the car driving itself. Drivers are required to keep their hands on the steering wheel, and if they take them off, the car will give a few warnings before slowing to a stop.

As tests of driverless cars continue apace, don’t be surprised if we have cars driving themselves around very soon.

This isn’t new technology. Buick had parking cameras in a concept design back in the fifties.

And parking cameras have appeared in mass-produced cars for the last couple of decades, although initially only on high-end vehicles. The big change is that from May this year, parking cameras are required to be a feature of all passenger cars sold in the US.

So this is technology that will soon become a feature of every car you ever drive.

Vehicle-to-vehicle communication, or V2V, is something that a lot of car manufacturers are looking to develop.

The idea is simple but it could have a huge range of applications. Cars send information wirelessly to each other such their speed, direction, and location. This data can then be used to help cars keep at a safe distance, avoid hold-ups, and even take evasive action to prevent collisions.

The V2V technology is already beginning to appear in cars, although it won’t be truly effective as a safety measure until all cars are sharing data using the same standard. But if this can be achieved, the impact on road safety could be enormous.

Whilst we wait for V2V to reach full fruition, there are still plenty of things that your car can do to keep you safe.

Automatic braking systems warn you if you are in danger of a collision and then apply the brakes if you don’t react. The vast majority of manufacturers have pledged to make automatic brakes standard by 2022.

We use our phones to control most aspects of our lives these days, so why not our cars?

There are already apps that allow you to start your car so that it is warmed up by the time you’re ready to venture out the door. Volvo has developed an app that can not only unlock your car for you but can also allow you to give friends and family keyless access to use your car as well.

It can even be used to allow Amazon to drop off deliveries directly into your car.

One of the most annoying aspects of modern technology is having to deal with all those charging cables.

Thankfully car manufacturers feel our pain. Wireless charging is beginning to appear in more and more vehicles. It makes charging your phone as simple as placing it down. And with Bluetooth connectivity, your phone can interact with systems such as Apple CarPlay and Android Auto without you needing to do a thing.

The days of scrambling to find the USB port as your phone reaches 1% battery could soon be over.

It is pretty crazy that in the 21st century, many cars still have analog dials to show your revs and speed.

But all of this is beginning to change. More and more cars are being produced with digital displays that not only show the traditional information like your speed and fuel levels but other information such as your location, weather conditions, and traffic.

Tech giant Samsung has even got in on the act, developing what they call a digital cockpit. It provides useful information for the driver as well as an infotainment section for the passenger to enjoy.

If a digital display isn’t enough for you, how about a heads-up AR display instead?

Heads-up displays are already available in some cars, but only offer minimal information such as the current speed. But AR could offer a wealth of information for drivers, such as the distance to other vehicles and the speeds they are traveling at.

Passengers could even be able to zoom in on objects in the distance.

As bizarre as this sounds, cars might one day be able to read your mind.

Nissan are developing what they call brain-to-vehicle communication. A headband detects brainwave activity and translates this in two different ways. Firstly it can determine when you are about to make a movement, such as turning the steering wheel, and start the process before your body has even had time to react.

It will also be able to detect discomfort and adapt your driving mode to compensate. This technology is a long way from reaching the mainstream, however.

If you’re interested in new car technology then you’re in the right place.

We have a ton of great reviews and comparisons of the latest car manufacturing technology, new car accessories, and car tech gadgets. We also have all the car specs you could ever need to help you decide on your next purchase.