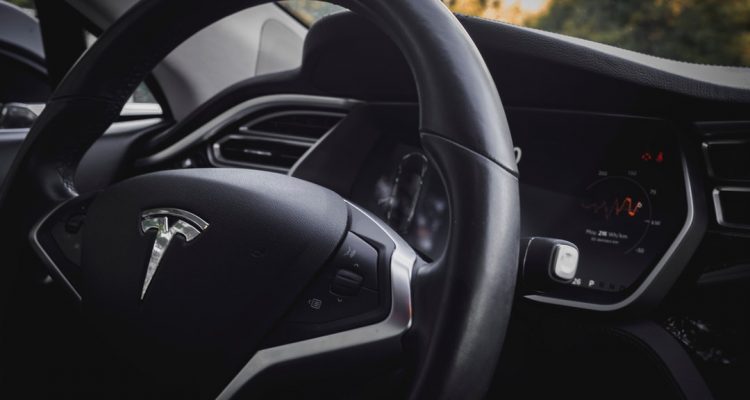 This includes vehicles that drive themselves, cars with state-of-the-art smart technology and new safety features that enable drivers to avoid vehicle collisions.

At the top of the list for electric car news is the all-electric vehicles. They reduce the carbon footprint on our planet, put fewer gas fumes into the environment and also save money on fuel economy. Whether they are hybrid models or all-electric.

In 2019 car shoppers have more improved EV options than last year. One of the biggest changes in electric car news that vehicles have longer battery life. This means cars last longer on a single charge.

The headline in electric car news wouldn’t be the same without these vehicles.

The Mercedes-Benz EQC is predicted to go into production with an SUV model this year. Powered by two synchronous motors, it delivers a total capacity of 408 horsepower.

The EQC’s speed accelerates from 0 to 62 in 51 seconds–and its highest speed boasts 111 mph. We believe battery life will produce 200 miles on a single charge.

Mercedes hasn’t revealed the price tag, but we predict it will be close to $70,000.

Based on the car’s spec’s, the EQC is outfitted with an onboard charger that’s cooled by water that runs at 7.4 kW but has a maximum charge of up to 110 kW at the best charging stations.

This is big for BMW and for Beemer lovers. The BMW group has finally brought an all-electric car to car buyers after six years since the BMW13 in 2013.

BMW hasn’t revealed much about the specs yet. And we haven’t seen the production version. But we do know the all-electric mini will go into production in 2019.

The bad news for the Mini is BMW isn’t putting fifth-gen electric powertrain technology in the electric Mini as it plans to do in other BMW models. They are bypassing the Mini, but we’ll see the next-gen EV technology in the BMW iX3.

They haven’t revealed a price or discussed battery life at this point, but we expect the battery pack will deliver around 150 miles on a single charge. This will make this model a good choice for city driving. We’ll know more about the Mini in the next few months.

Although it’s a year late, the Audi e-tron has made the list for 2019. The vehicle was supposed to go to market last year but some software glitzes caused some delays.

The Audi e-tron is scheduled to hit the European market during the first quarter of 2019, but it won’t be available the U.S. market until April to June (Q2) of this year.

Although it comes with a 95 kWh battery pack, it will probably be similar to the Mercedes EQC and get around 200 miles of range.

While that’s not the most efficient, being a premium SUV with a price tag starting at $74,800 should make it appealing for SUV lovers.

BMW hasn’t put a rush on releasing an all-electric i3 for 2019, but it’s doing a good job of delivering constant upgrades for the i3.

While the electric car is not brand spanking new, it’s worth mentioning because they’re giving it a major update.

The BMW i3 does a good job of upgrading its specs without significantly raising its price. Currently, the BMW i3 base price before incentives is listed at  $44,450.

The automaker reported the 2019 BMW i3 will have brand new battery cells (120Ah) which will end up with a new 42 kWh battery pack.

The pack will last approximately 153 miles on a charge, making the battery comparable to the BMW electric Mini.

That’s 30 percent longer life than the last i3. It’s a good thing for electric car news.

Similar to BMW’s i3, the Nissan Leaf will receive a major update to make the list.

Nissan has promised a 60kWh battery pack for the Leaf Nissan for years. And it’s predicted to finally hit the 2019 market.

This should boost the Nissan Leaf’s value because it’s expected to deliver a range of around 200 miles on a single charge. This makes it a cost-effective long-range all-electric vehicle model.

The Hyundai Kona EV is already available for sale. Similar to the Kona EV, the Kia Niro EV adds an additional option for car buyers in 2019: its high capacity lithium polymer battery pack.

Now that’s worthy of a nod in electric car news.

Similar to the Kona Electric, buyers will be able to purchase a cheaper version if they like with a lithium polymer battery pack with 39.2 kW that will last up to 186 miles on a single charge.

We predict the 64 kWh version will produce around 250 miles of range. We expect the Kia Niro EV will have limited availability to states with CARB.

The headlines in electric car news for the compact Volvo XC40’s have been growing.

This is due to the fact that most new electric SUVs produced in a premium segment with larger sized vehicles such as the Audi e-tron Quattro and the Mercedes-Benz EQC.

Unlike these premium models, the Volvo XC40 is sold at a lower price. We don’t know much about the XC40 yet, but Volvo’s most recent CUV platform supports different types of powertrains. This includes one that’s all electric.

The big mistake would be if the automaker raises the price to 50K because the non-electric model is priced at $36K. This can be an issue when automakers have gas-powered and electric-powered versions of the same vehicle.

This could make it a tough sell for dealerships.

But keeping the price in the range under $40,000’s could make this appealing to buyers since it’s expected to get a range of 200 miles on one charge.

The Takeaway on Electric Car News

That’s the latest in electric car news for 2019. These all-electric vehicles have great updates, longer battery range, and other cool features.

Are you thinking of making a purchase? When you’re ready to buy a new car, here are important facts you need to know. Explore the GoMotors blog for vehicle news, advice and helpful resources.