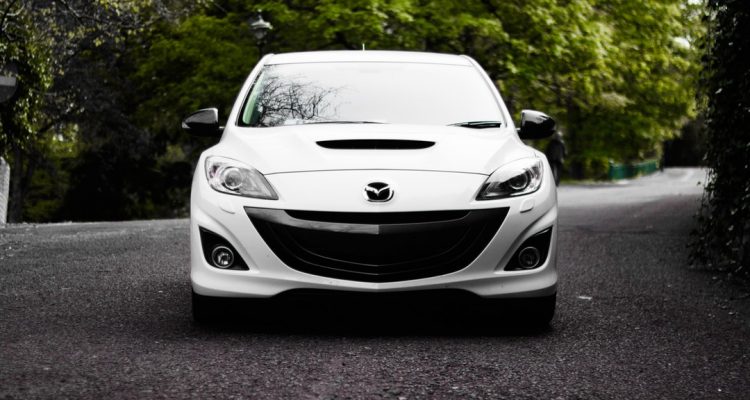 Where do you see the future of car engines? The internal combustion engine, long the standard, may finally be on it’s way out. However, without a viable alternative, it’s still with us a while longer.

The diesel engine briefly seemed like it would have its moment. Long considered a niche option, it was starting to see mainstream acceptance. The significant torque it created, coupled with much better fuel economy, helped this. Unfortunately, the Volkswagen diesel scandal tainted this perception.

Hybrids do sell, but their complexity and price have kept them from breaking into the mainstream. Electric vehicles don’t have the same degree of complexity, but range-anxiety is still a real concern. As well, battery technology is still in its infancy, keeping it less than a safe bet.

Enter the SkyActiv-X, the new ICE engine from Mazda. While it still relies on fuel, it promises to make gasoline a viable fuel source. Read on to find out how.

What is the SkyActiv-X?

The SkyActiv line of engines was introduced in 2011. These engines were tuned to prioritize fuel economy while still providing adequate power. Though they featured a few engineering tricks, they weren’t ground-breaking.

The SkyActiv-X, on the other hand, uses an engineering breakthrough to provide both exceptional fuel economy as well as power. It accomplishes this by co-opting the design of diesel engines.

Your standard ICE feeds a mixture of gasoline and air into a compression chamber. A crankshaft forces a piston up into the chamber where the spark plug ignites the fuel mixture, generating force.

A diesel engine works by spraying fuel into a chamber filled with compressed air. The pressure of the two substances is so high that, when they meet, an explosion occurs. Since the ignition occurs due to pressure and not a spark plug, more of the chamber is used. This is what makes diesel engines so much more efficient.

What the engineers at Mazda have done is take the concept of pressurized ignition and apply it to conventional gas. Since gas burns quicker than diesel, it provides the same force a typical ICE would, as opposed to the lower RPMs of a diesel engine.

How Does it Work?

If compression ignition is so simple, why hasn’t anyone else done it?

The simple answer is that it’s not that simple. Diesel is more energy dense, which allows compression ignition to work. When gasoline engines get to lean, they create a knock in the engine. Gasoline doesn’t ignite this way. Fuel that’s too rich in oxygen can perform this way: it’s known as an engine knock, and it’s not desirable.

When engine knock occurs, pockets of air prematurely ignite due to pressure. This throws off the timing of the piston, which can cause damage to the engine.

What the SkyActiv-X does is take this unintended effect and harness it for good. It creates an environment where the pressure is high enough that the oxygen in the fuel mixture combusts. It requires the latest in high-speed processors to compute these ratios.

What About the Spark Plugs?

Mazda never quite figured out how to do away with the spark plug entirely. The harder the engine works, the harder it is to maintain the proper balance required for combustion.

Instead, spark plugs are utilized when compression ignition isn’t possible. This allows the engine to perform in a typical manner, using gas, air, and fire to create force. It calls this Spark Controlled Compression Ignition.

What’s a supercharger for? It creates more power, right? It forces more air into the chamber where it can be mixed with more fuel for greater combustion.

That’s not what Mazda is doing here.

Instead, they’re ensuring that there is a constant supply of high-pressure air available. Instead of creating more power, it’s creating greater efficiency. It allows the gas-air mix to stay ultra lean, creating the necessary pressure for the SCCI.

All this engineering is only worth it if it makes things better, right? Well, it certainly does.

The current Mazda 3 comes with a 2.0-liter SkyActiv engine the produces 155 horsepower and 148 lb-ft of torque. This gives it a combined fuel economy of 31mpg.

Fuel economy on the SkyActic-X hasn’t been announced, though Mazda says it will be an improvement of 20-30%. More importantly is that the power has gone up. While final numbers aren’t out, prototypes were producing 188hp and 170lb-ft of torque.

That’s a dramatic increase in output while drastically increasing the amount of distance covered. If Mazda has been able to dampen the engine knocking properly, it promises to be a generational leap for the internal combustion engine.

Mazda’s the proverbial small fish in a big pond. Commanding only about 2% of the auto market, it’s innovations like the SkyActiv-X that will allow them to succeed. They already have the styling to stand out. Adding technologies like this, that offer both more power and greater range, will only help.

It may be soon that electric vehicles become the norm. The appeal of zero tailpipe emissions is easily understood. But battery technology is still progressing. Charging networks are still being built. Power supplies aren’t even carbon-free at this point.
Until all these issues are resolved, gasoline is still the most viable power source.

Developing creative solutions for maximum efficiency should be applauded. Mazda should be lauded for this engineering breakthrough. What’s more important than accolades, however, is whether the market is interested.

For more Mazda new, reviews, and more, visit our site.