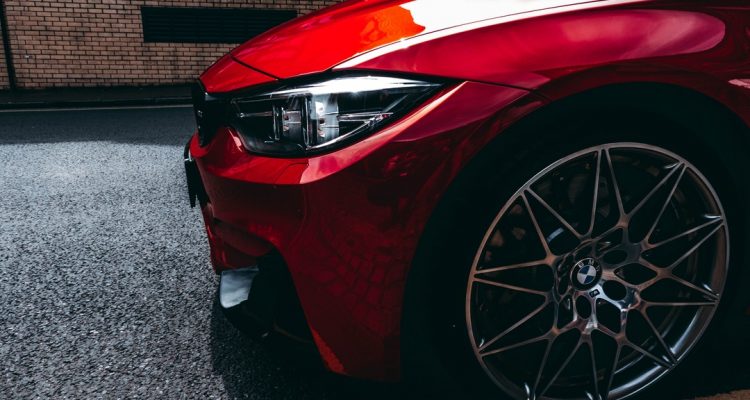 Rapidly changing automotive technology is drastically changing the auto industry. And that means the driving experience will change dramatically too in the coming years.

Plus, car sales are expected to climb in the next year, giving auto-designers reason to show off the latest technological upgrades.

What is the latest automobile technology, and what can drivers expect in the future?

Here are six innovations in car technology to keep an eye out for as vehicles quickly evolve.

1. Vehicles That Think for Themselves

Ford recently announced it will have a fully autonomous vehicle in less than four years. By tapping into GPS and using sensory technology, drivers are expected to be obsolete in the near future. That means they will be able to read, text, or even work while the car does its thing.

Since an estimated 90 percent of car accidents are caused by human mistakes, driving in the future is also expected to be much safer.

But even before cars are driving completely on their own, self-guided technology will be integrated more and more on the road.

New sensory technology is being developed to help increase safety. This means the vehicle might slow down or stop when it senses danger, even if the driver is pressing down on the gas.

It also can shut down high-speed chases, automatically stopping stolen cars and leaving car thieves stranded on the side of the road.

2. Vehicles That Communicate with One Another

Talking cars might seem like something only in movies, but the technology is already in the works.

More and more, manufacturers are developing car-to-car communication. This lets vehicles signal when there is a wreck up ahead or changes in traffic.

The technology also can allow cars to sync up with traffic lights or avoid hazards around them. Blind-spot detection will continue to be refined. And manufacturers are already building systems to steer your car away from occupied traffic lanes.

Plus, smart-cruise features are set to make driving long distances less frustrating. Rather than having to break for slowing cars and reset the cruise control, new technology can sense slowing cars. That means the driver’s vehicle will slow down without having to re-adjust the cruise.

And new technology will also mean safety features that connect with the driver. Ford recently started using seatbelts that include airbags. This type of technology is meant to keep the rider safer when there is a crash, securing a person’s body and spreading out the impact.

Some vehicles are already using technology that identifies a dangerous object. They will pump on the brakes for the driver, and tighten seatbelts to prepare for sudden stops or collisions.

Manufacturers now are developing 360-degree camera technology. This is meant to give drivers a full view of their surroundings. Say goodbye to the days of twisting necks or turning heads.

Instead, drivers will be able to tap into overhead cameras and multiple vision angles without much effort.

And advanced technology is being used to improve night driving also. Infrared, night-vision technology will help drivers see even in low-light settings. It can be especially helpful in keeping drivers from hitting deer, bicyclists, or roadside pedestrians.

This smart-window technology could also lead to highlighted driving routes on the dash. And it could display helpful images right on the windshield.

As an added visual layer, some vehicle manufacturers are toying with holographic imaging. This can give drivers and passengers a 3D image with intricate maps and driving directions.

4. Vehicles That Connect with the Human Body

Vehicle technology is poised to connect with the human body for added security. This technology would play off of smart-phones, which have already started to identify human features. It could include unlocking and starting vehicles with a fingerprint or eye scan.

The innovation could improve security and cut out the hassle of lost keys.

And vehicle technology could get even more intimate. Ford has highlighted concepts that could check a driver’s health through seatbelts or steering wheel grips. Like health-monitors people wear during workouts, these sensors could examine cardiovascular activity.

That means the vehicle could detect things like heart attacks, slow down, and even call paramedics.

5. Vehicles That Are Automatically Efficient

In the past, a vehicle’s efficiency largely has depended on the driver. Smart-engine technology now boosts fuel efficiency. It shuts down the engine rather than burning up energy while idling.

This technology will be perfected more and more. Traffic light sensors will communicate with cars to let the vehicle pick the best time to cut down emissions.

Powered technology is also improving aerodynamics to make vehicles more efficient and wind-resistant. This includes things like radiator grilles with shutters that can adapt and air ducts that adjust to slide around headwinds.

Big innovation could also come in vehicles that don’t use fuel. Some companies are developing futuristic materials that could make electric vehicles more convenient.

Inductive charging could let a driver charge a platform rather than plugging cars in using a cord. With electromagnetic fields spitting out energy, the car could be parked over the device to charge.

6. Vehicles That Use the Latest Materials

All of this technology has to be built into the vehicle. That means manufacturers have to reform vehicles to make them lighter and more efficient. By making the car lighter, vehicle-makers are able to save drivers big money on fuel costs.

In fact, cutting a vehicle’s weight by 10 percent can increase its fuel economy performance by as much as 8 percent.

The latest vehicles are using materials like magnesium and aluminum. And carbon fiber is being used more frequently as a lightweight, but durable, construction material.

Engines are also being designed with things like direct-injection. This focus on efficiency can boost fuel economy by 20 percent.

Automotive technology is set to change rapidly in the future. And it is poised to change the way cars are built, sold, and driven.

Want to get the latest in automotive technology and vehicle news? Check out our blog here to keep up with the newest trends, designs, and automotive innovations.