BMW will present the 2014 Active Tourer 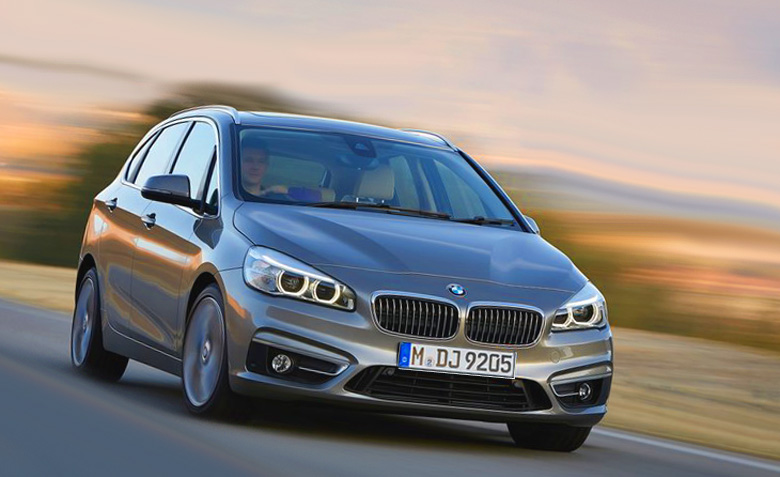 By the way, the carmaker announced its plan to launch a front-wheel-drive car four years ago. And finally in 2014 we will have a great opportunity to glance at it.
This novelty is planned to come on the European market after its official introduction in Geneva. The American potential customers will have a chance to buy the Active Tourer not earlier than next year.

The new BMW model will meet main rivals among the Volkswagen Touran, B-class of Mercedes, Fiat 500L and Ford B-Max as well.

The auto manufacturer made decision to designate the new model the 2-series instead of the 2-series. It is related to the 2-series Active Tourer is larger than present hatchbacks of the 1-series.

The Active Tourer is built on the new UKL platform, which is used in the third generation of MINI Cooper and is planned to be a base for the next BMW X1.
The novelty has the length of 4,340 mm, the width is 1,800 mm and the height is 1,555 mm. Active Tourer is spacious enough, it is comfortable for five adult passengers and there is quite enough place for cargo as well.

There will be the 2-Series Gran Tourer, which is planned to have seven seats and takes the next place after the Active Tourer in the range.

This novelty is available with three and four cylinders turbocharged engines. The 225i version is equipped with a 2.0-liter four-cylinder turbocharged, which can produce the output of 231 horsepower.

This powertrain will accelerate a car from 0 mph to 62 mph just in 6.8 seconds; the maximum speed is 146 mph. The model is offered with the six-speed manual gearbox as standard; however, buyers may choose the automatic transmission.

The auto manufacturer confirmed that the novelty would be available with four-wheel-drive an xDrive feature. In addition, sports mode fans will be glad to know that the carmaker will offer the Active Tourer in the M Sport package that includes M accessories, light sport wheels and aerodynamic tweaks.

The 2-Series Active Tourer has a full set of technologies including cruise control system, traffic-jam system, a rear camera and the head-up display.

You will be able to get more fresh details about the new BMW model when there is its official introduction in Geneva next month.