Let us look at the second generation of Audi R8 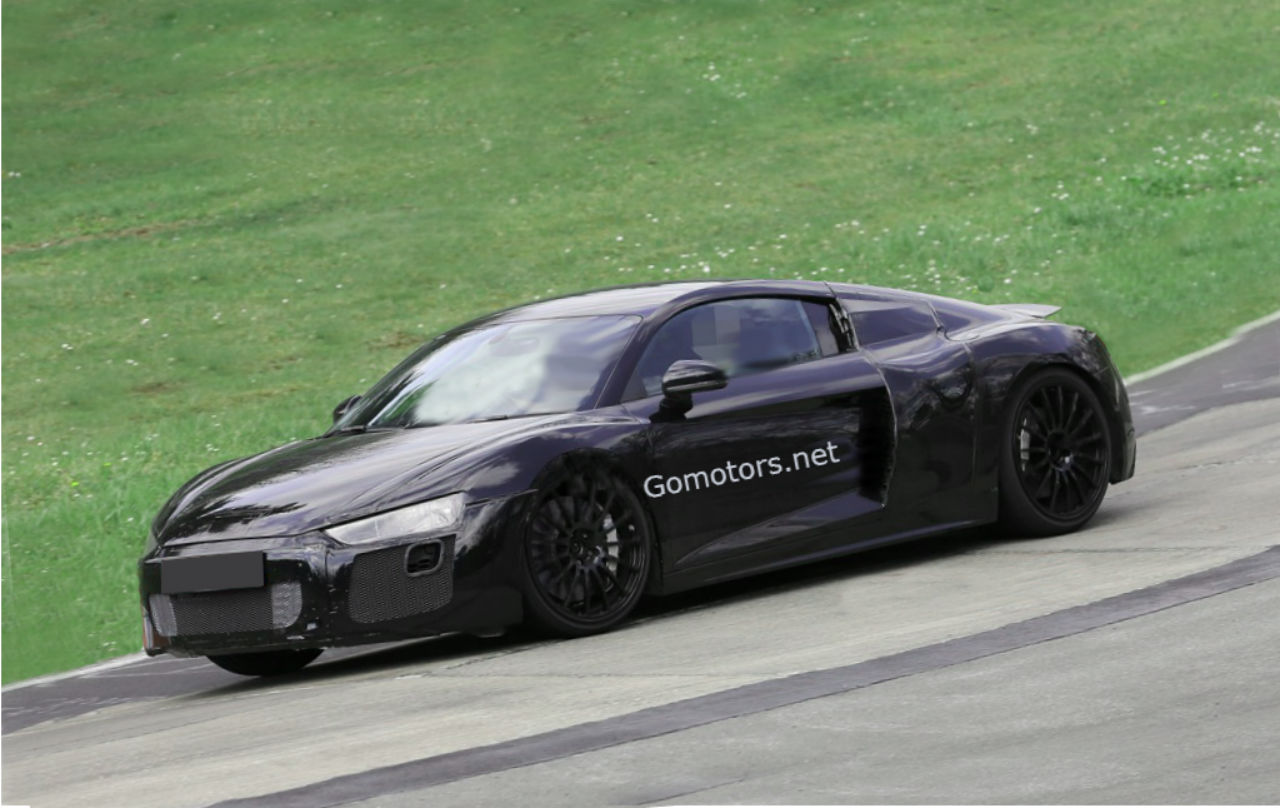 Let us look at the second generation of Audi R8
Today we can show you the fresh spy pictures of the Audi R8 of the second generation prototype. This model is built on the same platform as the latest Lamborghini Huracán LP 610-4. Now we suppose the Audi novelty will be introduced as a model of 2016. Unfortunately, there is no enough information when the model will have its official presentation.

According to those spy shots, the auto manufacturer has made decision to use innovative methods and technologies in developing its new model.

Moreover, we have noticed similar lines and themes on the 2016 R8 as the same year TT car has. The redesigned exterior includes new lights both rear and front, a new stiff hexagonal grille, renewed rectangular exhaust pipes and there is the massive diffuser on the back bumper.

In spite of the Audi’s engineers have used the same platform, the Audio novelty will be longer and wider than the Huracán. It will not only affect spacious inside a car but also better control on roads. Meanwhile, the Lamborghini Huracan is a hardcore sports car, but the R8 is positioned as a super car for daily driving.

This novelty is made of new developed carbon fiber than the current model. The using the carbon fiber material allows to make a car be as much rigid as light in comparison with the current car. As you know, the weight of the 2014 R8 is about 3,439 pounds but the novelty is expected to weight lighter by 130 pounds.

The powertrain of the 2016 R8 will be available in the 4.2-liter V8 engine and the 5.2-liter V10 unit as well. Probably the novelty will produce the output of nearby 601 horsepower as the Lamborghini model.

Unfortunately, the auto manufacturer does not plan to equip its new R8 with a standard manual gearbox. Instead of it, the car will get the seven-speed S-tronic gearbox with dual-clutch as standard.

There are some new modern features and designed accents inside a car. For example, the interior of the novelty includes the Alcantara and leather trim, the technologies include the digital dashboard.

Moreover, the carmaker said that Audi planned to launch an e-tron version of the new R8; the development was planned to start next year. Due to innovations in the battery technologies, the e-tron car will be able to drive nearby 280 miles as well. In addition, the R8 will be also offered in the diesel turbo variant, which will be produced specially for the U.S. auto market.

The latest Audi R8 will be launched at the German factory in Neckarsulm. Probably, the production will be begun this year.

We will have a chance to glance this novelty, when the Audi brand will show it at the auto show in Paris this October.