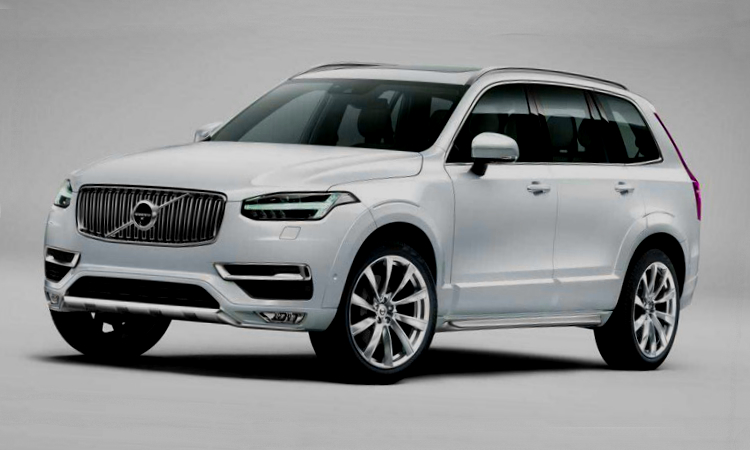 Last week, in Stockholm, Volvo finally introduced the second generation of the updated XC90. The first SUV was presented in 2002 when the car had the great success among customers. Launching the new XC90, the auto manufacturer hopes to repeat the previous success.

The novelty has to come on the auto market in spring next year as a SUV of 2016 model year. Owing to modern technologies, additional features and luxury accents, the new XC90 may become an important rival for the German auto brands.
As we know, the new SUV is built on the new platform SPA, developed by the Volvo brand. This platform allows using both four-cylinder engine and a hybrid system as well.

New technologies and that all-new platform give the great opportunity for the Volvo Company to launch more new models. According to some information, the automaker plans to produce about eight new cars in the future.

The CEO of the Volvo brand said that launching of the new XC90 was not only the new SUV but also the new step in the auto manufacturer’s history, a new chance to add the portfolio of the brand by new models.

The exterior includes 22-inch wheels that add muscles visually for the novelty; there is the designed grille, new back lights look like tribal tattoo; the headlights have daytime running lights in shape of ‘T’, which look like the famous hammer of Thor.
The interior is quite luxury. There is the Volvo’s infotainment system of the next generation including the touchscreen display on the center dashboard.
The new SUV has seven seats.

Now, let us tell you about the available powertrain in details. The new XC90 will be offered with two types of powertrains. For example, the U.S. customers will get the T6 version, which is equipped with the 2.0-liter four-cylinder supercharged engine producing the power of 316 horsepower. The second variant of the SUV is the T8, which is equipped with similar powertrain but with the hybrid system, which allows issuing the output such as the V8 unit –400 horsepower. In addition, according to the carmaker’s plans, a diesel version will be also available.

Certainly, we will know everything about the novelty later, but currently, the basic pack of the XC90 has the price of 48,900 dollars. The standard feature includes the panoramic roof, navigation system, and 19-inch wheels.