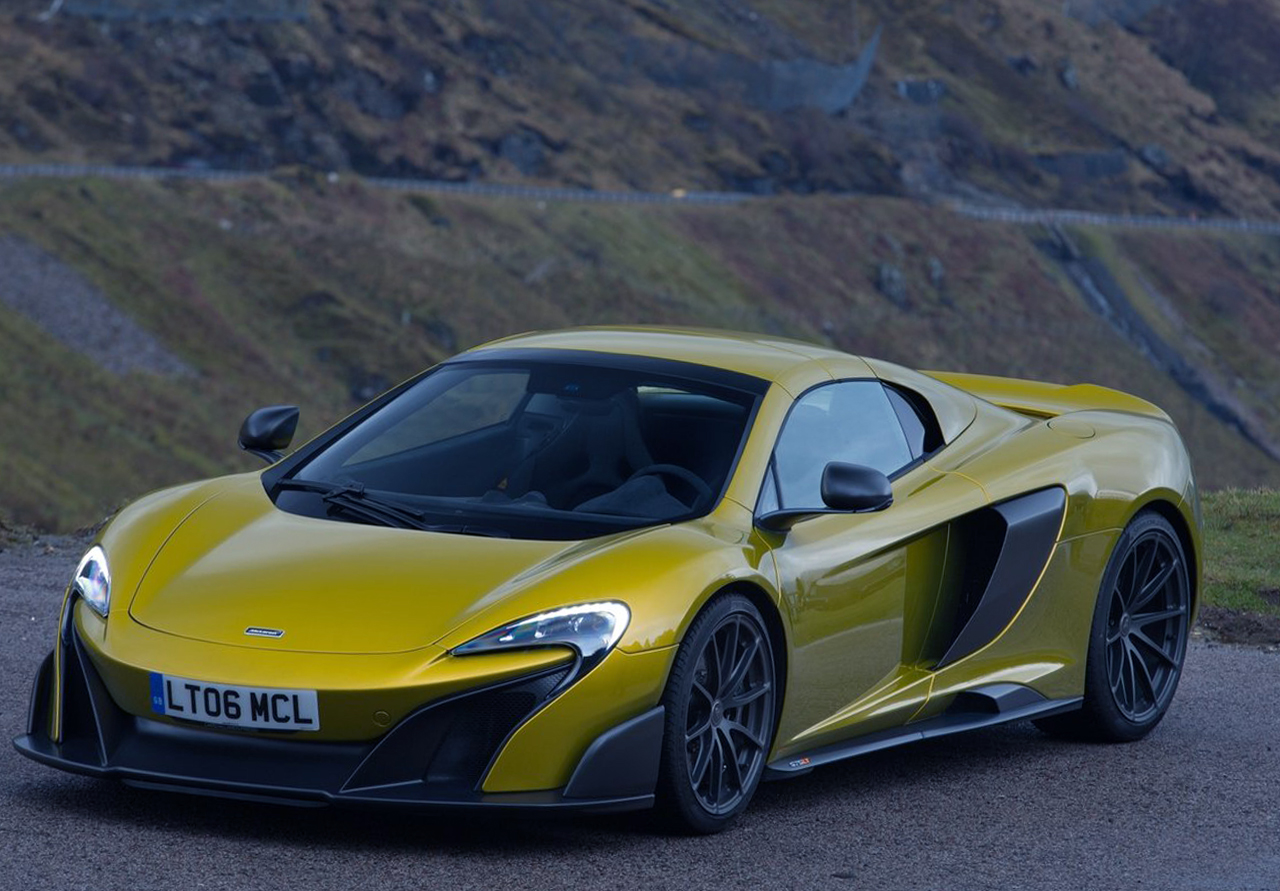 The McLaren 675LT Spider was shown as the most recent phase in the annals of the iconic 'Longtail' name by the end of 2015, and was the fifth new version debuted during a defining year for McLaren Automotive. This latest version arrived less than a year because the name was resurrected by the initial version in almost 20 years, and was in response to critical customer demand. The 675 LT enhanced aerodynamics, path and increased power -centered dynamics, which limited-run before the initial deliveries commenced version immediately sold out. Sharing these essential features, McLaren Automotive has added the most concentrated, exhilarating open and most rapid top version to wear a McLaren badge strenghtening the 'LT' brand.

'The Longtail is a well-known name in the annals of McLaren used about the quickest variant of the McLaren F1 that is iconic,' explains McLaren Automotive Chief Executive Officer, Mike Flewitt. 'The McLaren F1 GTR 'Longtail' was the closing tremendously successful iteration of the F1, which is a proper name for the driver and most exhilarating -centered variation of the Super Series. 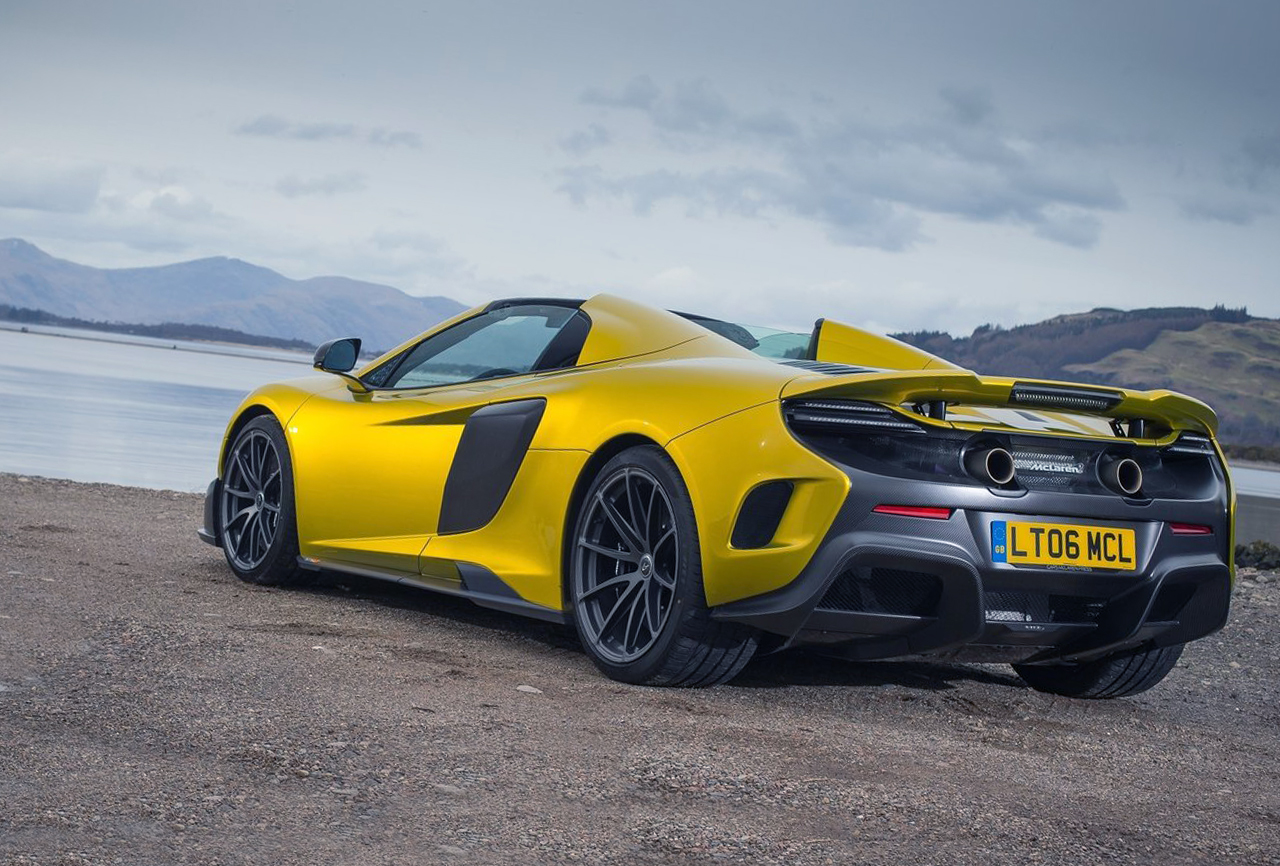 The primary focus for the McLaren 675LT Spider is clear: to provide delight, participation and maximum performance. To do this, 100kg has reduced weight during the increased utilization of carbon fibre - the touch stuff of McLaren - and by lighter parts throughout, including recently developed suspension geometry based on the McLaren P1™, leading to an elevated track of 20mm. The power output and torque amounts remain unchanged, with 675PS (666bhp) provided at 7,100rpm and 700Nm (516pound feet) accessible between 5,000-6,500rpm. The developments to the powertrain found more than 50 percent of the parts replaced to ensure optimised amounts of torque, power and drivability. 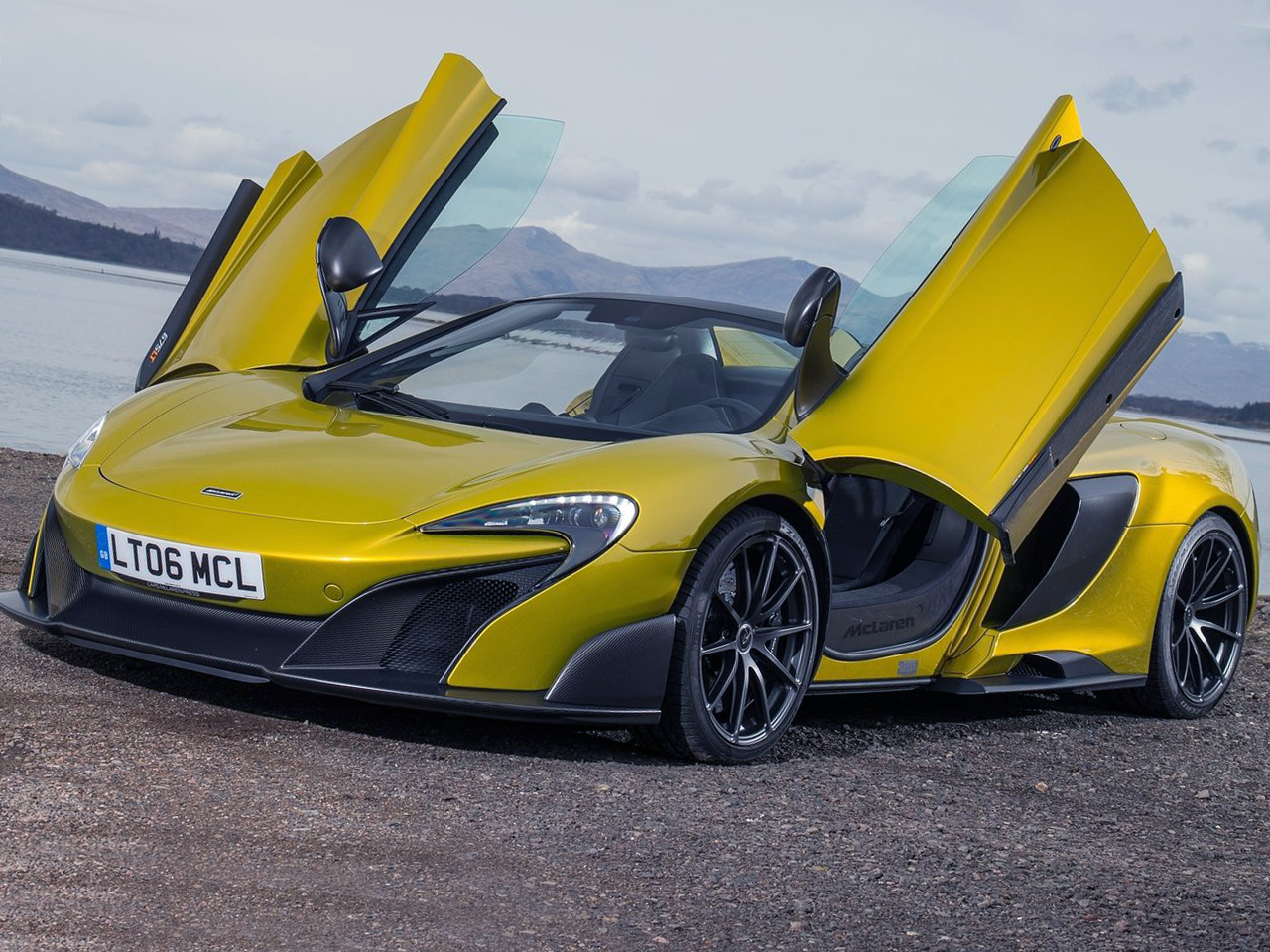 Managed torque delivery in first gear handles torque to 600Nm (443pound feet) to ensure maximum acceleration, and minimising wheel skid. Top rate is 326 km/h (203 miles per hour). A three piece retractable folding hardtop may be opened at rates up to 40 km/h (25 mph) to allow for a brand new amount of open air exhilaration.

Remaining authentic to the 'Longtail' ethos the McLaren 675LT Spider optimised aerodynamic performance and continues to be developed using a concentration on light weight. The extensive usage of carbon fibre for the bodywork supports the unique temperament of the version. Lightweight parts can also be located through the entire powertrain and chassis, all leading to your dry weight of only 1,270kg. This weight is not a total 100kg heavier than the lightweight 650S Spider, and provides power-to-weight amount of 532PS per tonne. Because of the inherent potency of the carbon fibre MonoCell chassis, no additional strengthening - and related weight boost - continues to be added via removing the roofing, along with the McLaren 675LT Spider is just 40kg heftier in relation to the Coupé, all as a result of retractable roof system.

Purposeful position and the sensational styling of the 675LT is kept together with the extensive front splitter flanked by front wing end plates, with all the Spider version, each raising downforce and working the airflow. Carbon fibre door sills that are sculpted run along the reduced border of the bodywork, flowing in to some smaller air intake forward of the back wheels. This sits below the noticeable side intake, with both running clean, cool air into the side radiators that tend to be more notable to provide increased cooling. The retractable hard top stows -coded tonneau cover, as well as the engine stays observable via a lightweight polycarbonate engine cover that is vented. In the back, the titanium that is lightweight crossover double exhausts exit below the effective 'Longtail' Airbrake which is 50 percent bigger than other Super Series versions. This is incorporated into the plan of the back wings that were streaming and despite the bigger size, carbon fibre building ensures weight is in fact reduced. Exposed bodywork on the other side of the back deck and below the rear wing guides engine cooling system, while pressure levels are optimised by louvres in the flared back fender.

All these really are the lightest wheel and tyre place offered by McLaren. Two Super-Lightweight wheel choices are optionally available; a new 20-spoke design, offered in diamond cut finishes or liquid metal, and also the five-spoke Super Lightweight layout which debuted about the 675LT Coupé.

The lightweight subject continues throughout bare carbon fibre used widely and the inside with Alcantara®. Some of lightweight carbon fibre-shelled racing seats, modelled on those save a united 15kg, and attribute '675LT' embossed leather to provide increased levels of handle and support. As seen in 675LT and the McLaren P1™, ventilation and heat controls can be found inside the portrait-orientated, centrally-mounted touchscreen, which likewise uses the four-loudspeaker Meridian audio system, while air conditioning was removed. The 16kg system could be defined as a no-price-choice.