Home
→
News
→
The latest Dodge Viper SRT will be available in GT and TA 2.0 versions

The latest Dodge Viper SRT will be available in GT and TA 2.0 versions 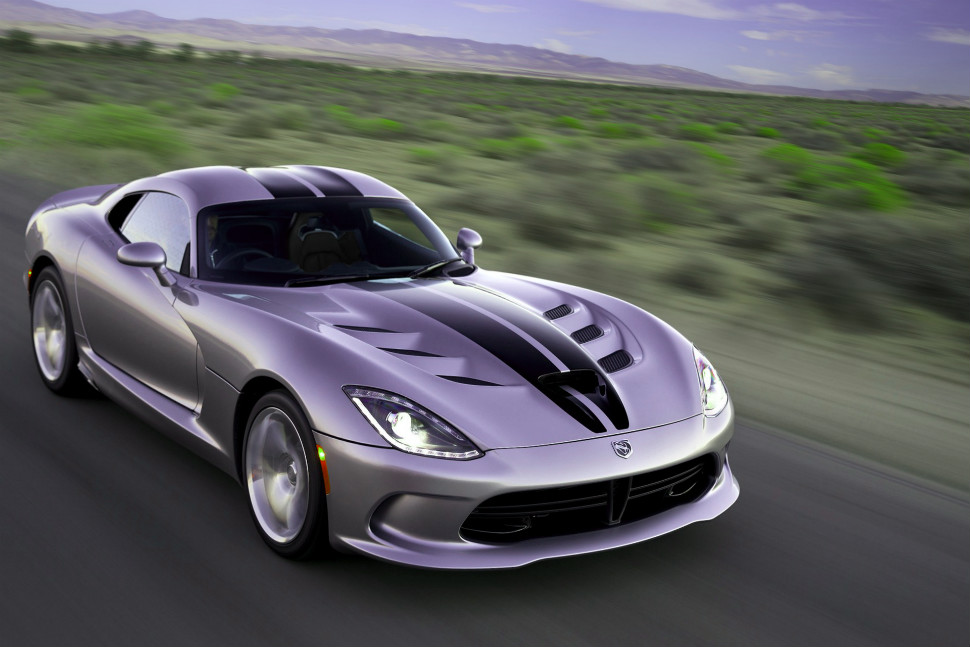 The newest Dodge Viper SRT comes on the market as a super muscle car of 2015 model year. In addition, the carmaker will boost the novelty with a more powerful powertrains. Moreover, this car will be available in two additional variants: the GT and TA 2.0 versions.
The more powerful engine is the 8.4-liter V10 unit, boosted to the output of 645 horsepower and the torque of 600 lb-ft. The novelty has gotten five additional horsepower in comparison with the previous version.
The new Viper gets not only additional power but also improved driving on highways, now the fuel consumption is 20 mpg on highways.
The transmission was also updated. The previous six-speed manual gearbox is improved by GTS and GT.
The GT version is based on the Viper model and equipped with the driver-selectable suspension system and more luxury cabin, which previously was available only for the GTS. The new interior includes Nappa and Alcantara leather finishes; there is the Bilstein DampTronic Select suspension system as standard. Now the carmaker has not announced prices for the Viper GT version, but in fact, it will be between the Viper and the GTS version. The Viper costs from 101,309 dollars and the GTS variant has the starting price of 122,390 dollars as well.
Besides the GT variant, the new Viper will be also offered in the new TA 2.0 variant. That novelty gets updated brakes, sway bars, dampers and springs; there is a back wing and corner splitters of carbon fiber.
The interior is black with contrast stitching in orange color. A driver and passenger seats are equipped with six-point racing belts.
The exterior of the TA 2.0 is available in three colors: Venom black, Yorange and Competition blue. They are limited colors –only 32 vehicles will be produced in each color.
The GTS version in the Ceramic blue edition will be limited to 40 cars. The novelty comes on the market as the car of 2015 model year. The design of it includes the Alcantara finish, the exterior in blue color, black five-spoke wheels of Rattler style and orange brake calipers.
The 2015 Viper SRT is offered in different colors of the exterior: Stryker purple, Yorange, bright white, billet silver, gunmetal pearl and others.
Certainly, no updates in the Viper are quite enough but it is a chance for the automaker to increase selling of models and keep production.