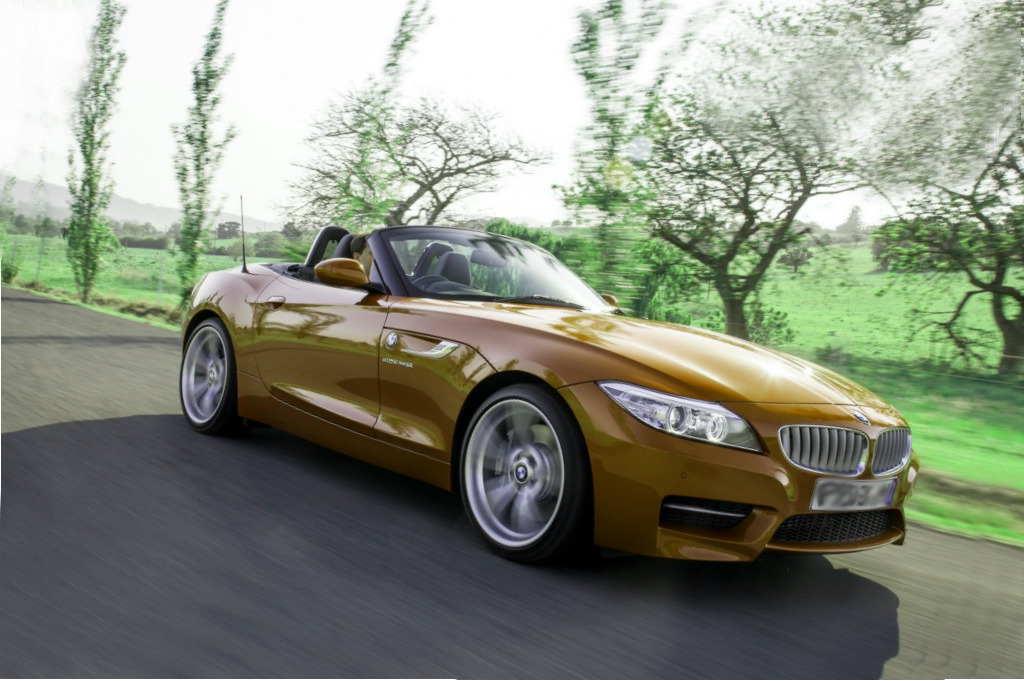 It is necessary to remind you that the total redesign of BMW Z4 was in 2009. Then, this model got some significant upgrades two years ago. And finally, the carmaker has made decision to introduce new color combination for its model of 2015.
This new package is offered with the exterior color – the Sparkling Brown Metallic that comes with the interior in a color of the Ivory White and Burnt Sienna leather as well.

Besides the luxury trim, the interior includes the high-quality materials and modern technologies and the brand’s features.

The hardtop of the BMW Z4 gives quietness and insulation like in a coupe model.
In addition, the auto manufacturer offers some optional trims for this novelty: the Fineline Anthracite wood trim, the Kansas leather trim and the Hyper Orange pack, which includes black and orange elements on seats, doors, seats and in the cabin.
According to crash tests, the BMW Z4 is equipped with the standard safety equipment. Meanwhile, the additional sports design makes this model as safety as a roadster.

The car has standard brand’s assist systems, which are generally in the Z4; however, the carmaker has added some new features such as the park distance controlling, the real-time traffic information and a navigation system, the high beam assist. Certainly, the BMW carmaker could not forget i-devices. The Z4 is available with Pandora, MOG, Aupeo and Stitcher music.

The powertrains remain the same as the previous model has. There is the basic 2.0-liter four-cylinder sDrive28i turbocharged engine, which produces the output of 240 horsepower. Its fuel consumption is 22 mpg in a city, 34 mpg on highways and about 26 mpg in the combined mode. The second powertrain is the 3.0-liter six-cylinder in-line sDrive35i turbocharged engine; the fuel consumption is 17 mpg in a city, 24 mpg –highways and 20 mpg in a combined mode. The final most powerful engine is the six-cylinder in-line turbo sDrive35is, producing the power of 335 horsepower as well.

The basic powertrain accelerates from 0 mph to 60 mph in 5.5 seconds, the sDrive35i –in 5.1 seconds, and the most powerful unit takes 4.8 seconds.
Due to a smooth suspension, this roadster is more controlled and comfortable than most roadsters.

The auto manufacturer offers for the sDrive28i model both the six-speed manual and the eight-speed automatic gearboxes at will, while both the sDrive35i and sDrive35is models are equipped with the seven-speed DCT only.