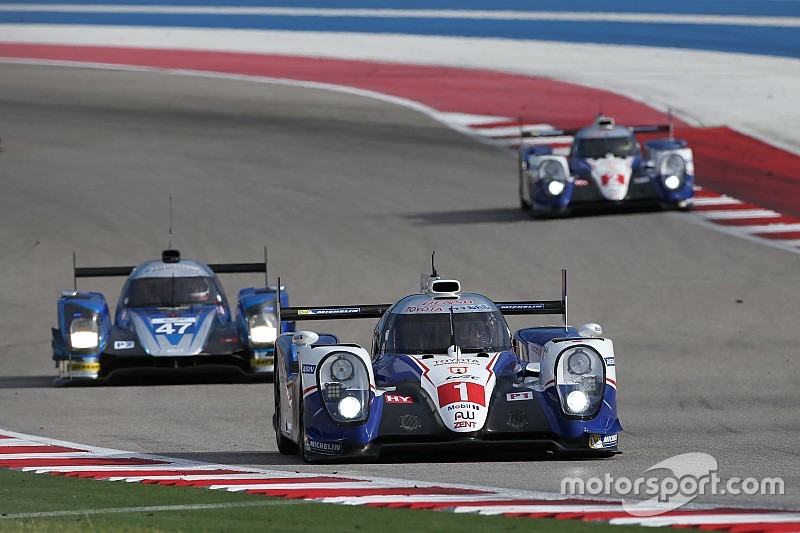 Toyota says it's not going to enter a third vehicle at lemans next time, but could introduce one more entry for the 2017 time.
Toyota vice president Rob Leupen has additionally told Motorsport.com an increased budget in to the cards for next year.
"We won't run a third vehicle for 2016," stated Leupen, "because we're experiencing an completely new automobile, therefore next year it's not going to occur at lemans. Subsequently for 2017 it's an extremely realistic alternative.
"We may have an boost [in budget] but due to the ninth race [in Mexico] we've come under added stress.
"We possess some extra industrial sources, but the ninth race verification caught us out, which will be exactly the same for the others.
"We don't need to undermine our improvement budget but as i-say an additional race indicates still another aerospec and a lot of other other items therefore obviously it's an enormous problem for the groups."
Leupen additionally stated the new turbo-charged engine has run-on Toyota's in house dyno in Cologne.
Toyota will operate a gas powered turbo engine as well as change from an excellent-capacitor into a battery energy storage program.
Leupen additionally verified the brand new automobile, to be identified as the Toyota t s 050 HYBRID, is going to be updated in the 6MJ to the 8MJ power-retrieval subclass.
"In early Oct we had the motor running on the dyno, as properly the brand new Hybrid system which is linked to the brand new engine, so we're joyful to be far better prepared for 2016," he added.
"We may have an entirely new chassis for next yr. There are a number of parts carried over but as a result of the pressure on weight-saving, we are going to look at each part to conserve as much fat as you possibly can.
"It's an expensive activity but we must leave no stone unturned to beat exactly the same degree as our competitions next season.
"We are going to go from 6 to 8 mega joules on power retrieval that may be an excellent measure."
2016 driver lineups to be declared in February
The whole 2016 driver lineup for Toyota is likely to be supported in Japan next February.
Speculation has mounted in recent months that Alex Wurz will leave the group and will likely be replaced by evaluation and substitute driver Kamui Kobayashi.
"We are going to declare the driver lineups in February. It's reasonable to state that [Kobayashi] is among our first choices," included Leupen. "He's been around for just a little time now and there's a great connection."
Leupen supported to Motorsport.com that Sam chicken is going to function as the sole new face to analyze a Toyota t s 040 in Bahrain later this month.
Bird was lately affirmed by the FIA WEC as the specified rookie to be given an LMP1 evaluation.
"We're pleased to examine Sam Bird. For next year we are going to be reasonably consistent with our driver lineup," mentioned Leupen.
"We is only going to examine Sam at Bahrein, he can get great time and we need it to be an excellent and serious evaluation for him. Mike [Conway] will set the auto up for him." Read Source