Alfa Romeo is working on development of new models 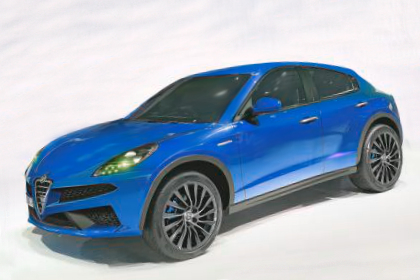 It has been known that the Italian auto brand Alfa Romeo is on its way to develop three new models to grow its competition on the market in the world. According the information, there will be a new large sedan, a SUV to compete with the Audi Q5 and a middle-sized sedan as a future rival for the BMW of 5-series.

This May, the carmaker invested about 7 billion dollars to increase the Alfa Romeo cars’ selling to 400,000 vehicles per year by 2018.

Currently, the carmaker does not declare much information but the CEO has said about planning to launch not only front-wheel-drive but also all-wheel and rear-wheel-drive models.

One of three novelties is a midsize sedan, which is known as the Project 952. The new sedan is planned to become a main rival for the Audi A6. Now, the carmaker is able even to plan the launching of this novelty –the sedan has to come on sale in Europe by the middle of 2016 while on the U.S. market by the end of same year.

We have details about powertrains of the novelty. The new Alfa Romeo sedan will be equipped with the 2.2-liter four-cylinder in-line engine produces the peak output of 330 horsepower and the 3.3-liter V6 unit issuing the power from 400 to 500 horsepower as well. Both gasoline units will be twin turbocharged or turbocharged. Moreover, the automaker will offer diesels powertrains produces the output of from 120 to 330 horsepower depending on the type of the engine.

The second novelty is a new midsize SUV, which will meet competition with the Audi Q5. The SUV will be available with the similar range of engines as the new sedan.
And the third model is the large sedan as a rival for the BMW 7-series and Audi A8. The sedan will get powerful units but the V8 engine is not expected.

Besides these three models are in development, there are some updated and renewed models, which will have to come on the market soon.

For example, the 4C Spider. Its concept was first presented at the Geneva show in March. In spite of the name, the 4C Spider is based on the targa model equipped with the small carbon fiber removable roof.

To continue talking about the midsize vehicles segment, Alfa Romeo is also working on a midsize coupe that will be available in two-door or four-door versions. Moreover, there will be a new large SUV, which will be oriented on the China and U.S. auto markets.