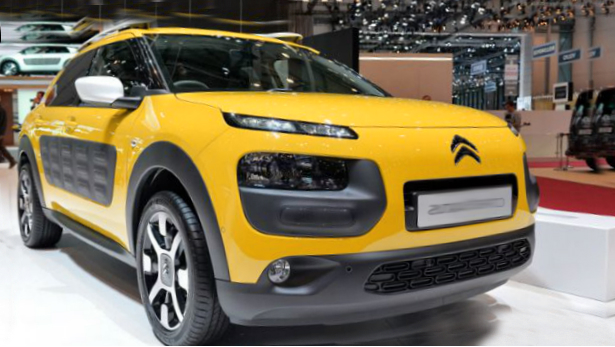 Two years ago, the Citroen/PSA plant in Madrid was closed. But currently, the carmaker has announced about reviving of this factory, which began launching a new compact hatchback since this April. Next year this factory will produce the only C4 Cactus as well.

This Spanish plans in Madrid produced the Peugeot 207 hatchback including its versions. However, recently that model has been replaced by the 208 model, which was launched at the plants of Slovakia and France as well. Two years ago, the Spanish plant had 2,700 employees, currently, this figure is 1,600 people but the carmaker plans to hire 200 people more to support the beginning of the production of the C4 Cactus.

According to the carmaker, the new model’s production will rise until the target of 380 cars a day by this July. This plant has to work at this level launching about 85,000 C4 Cactus cars per year. Meanwhile, the auto manufacturer plans to increase the production capacity of this factory to 200,000 cars annually.

The factory director Mr. Bertol realized that his plant’s capacity would depend on the future success of this model. According to the director, the factory is been preparing to meet all requirements of the auto manufacturer and adapting for the market’s demands as well. Now the director is working on add the third shift and probably, if it is necessary, there will be the fourth one for weekends.

It is the right time to talk about the novelty. The C4 Cactus is based on the subcompact platform of the PSA manufacturer. This small platform allows keeping the car’s popularity and fuel economy. The PSA group uses the same platform for most of its cars such as Peugeot 208 and 207, DS3, C3 and others.

Last year this Spanish plant was opened only during the period of 70 days but for this short time, nearby 50,000 subcompact Peugeot 207 models was assembled.
Besides, the C4 Cactus there are other models, which will be also stopped producing by 2015; they are the 207 CC cabrio and the Peugeot 207 hatchback.