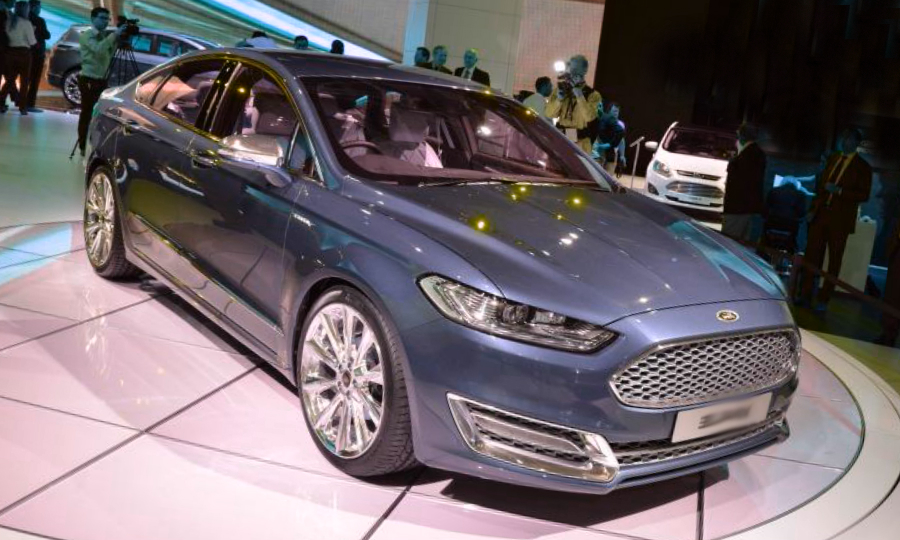 According to the Ford Motor, the new Mondeo, which is built on the new Lincoln’s platform, will meet better competitors among the middle sized cars’ segment. If the Mondeo becomes a mid-sized car, it may by more popular in Europe.

The representative of Ford said that this new platform and suspension are developed specially for the new luxury Lincoln model and they perfectly match to the new Ford Mondeo, too.

It is expected, the new Ford Mondeo comes on sale in the European auto market by the end of this year. Its main rivals will be the Opel/Vauxhall Insignia and the Volkswagen Passat as well.

The Mondeo will be based on the brand’s platform CD4, which is used in the Fusion model, sold in the U.S. Moreover, the Ford’s CD4 platform is also used in such cars as the Edge SUV, Galaxy and S-Max minivans.

The MKX that is built on the Edge model is the first Lincoln car using that new platform.

Currently, there is a trend that selling of the mid-sized cars are dropping in Europe because of most buyers prefer to drive models of the premium class and crossovers.

The market researcher JATO Dynamics noted from January to May of this year there are 22,028 Mondeo models sold. Note, last year, Ford sold only 19,072 Mondeo cars during the same five-month period.

Meanwhile, according to the forecasts of the IHS Automotive, in Europe, demand for the mid-sized models will decrease to or probably over 500,000 vehicles. In 2011, the European customers bought more than 800,000 cars of the middle size segment.

To reach a goal to rise selling of the Mondeo models by presenting the special new trim –“Vignale”.

Ford had to delay introduction of the new Mondeo because of its Spanish plant’s working in Valencia as an addition to the Belgium’s factory in Genk as well. The last one will stop production at the end of this year.

The Ford Company promises to launch minimum ten models, which will be built on the new CD4 platform. And they all will be launched 1.2 million cars annually.