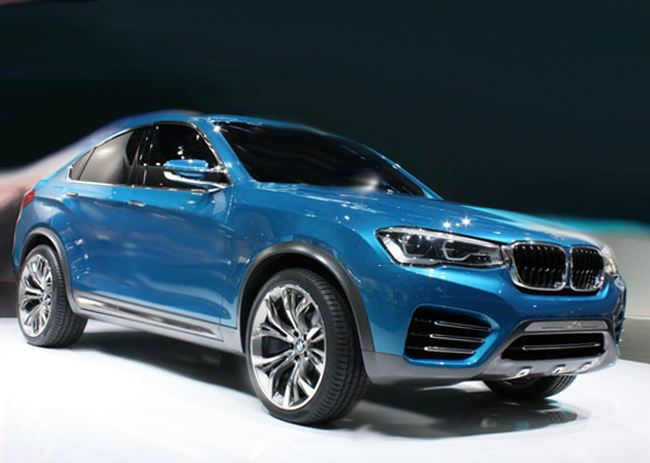 We have gotten fresh details about the new X4 model of the BMW manufacturer, which plans to launch its novelty next year.

If we explore trends for customers’ preference, which changing year to year, we will notice there are currently demand for crossovers. Earlier, people preferred luxury vehicles, then changed a seat to prestige sedans.

However, in spite of customers’ preferences and trends models, people always rate highly exclusive and eye-caught appearance of a car.

The one of representatives including exclusivity, safety and cross-country ability, there is the most popular crossover coupe.

When the coupe crossovers became popular with potential customers, the BMW manufacturer launched its X6, which meets all buyers’ needs as well.

We would like to remind you that the well-known X6 was produced in 2008; the car became so popular that met competition soon. Most of the largest auto manufacturers has started working on the future rivals of the X6. The Audi is ready to launch its Q6; the Mercedes is working on its MLC, which will be showed soon.

However, BMW had made decision to pass ahead again and launched the second generation of its popular X6 and then announced the development of a smaller crossover X4, which is been preparing for production.

The X4 concept was officially introduced at the show in Shanghai last year. Now the carmaker is preparing it for production and carrying out some tests.
The future novelty is built on the X3 platform, which is also used in X6 and X5.
The X4 is a four-door car that has the shapes of a coupe.

The BMW X4 is oriented to performance and style that differ it from other compact crossovers of this car segments such models as the Lincoln MKC, Porsche Macan and Range Rover Evoque.

In addition, according to the carmaker, BMW plans to launch the X4 in M Performance including all standard and new M features and accessories. Moreover, the novelty will be offered with a diesel powertrain, but unfortunately, the diesel version will hardly be brought to the U.S. auto market.