Let us sum up events and novelties of last year 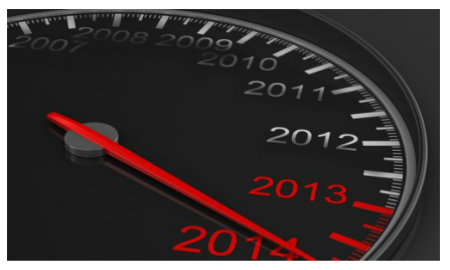 The 2013 is over, and now we would like to sum up some more noticeable novelties, which were introduced last year.

Last year was interesting and it has brought plenty of amazing luxury and fastest vehicles in the world. Resuming last year, we impatiently look at the future, anticipating more and more novelties, updated vehicles, concept cars and events, which will take place this year.

So, let us start.

The first is the Mercedes C-class, which is expected in 2015. This car is truly incredible and amazing car of its class. We are sure that model will win love of people and popularity in the whole world.

This novelty will come on the market this year as a model of 2014.
The next novelty of last year is the Chevrolet Corvette Stingray, which we can afford this year.

The latest Corvette Stingray is wonderful in both coupe and convertible version. Besides, we should not forget that the Chevrolet plans to introduce its new Corvette Z06 of 2015 at the annual show in Detroit, which takes place this month.
The Ford manufacturer has also wasted time. This year the world will see the latest Ford Mustang that is planned to come on sale as a model of 2015.

The novelty will be offered with a 5.0-liter as usual. However, the carmaker made decision to equip the vehicle with a 2.3-liter four cylinder turbocharged engine. The auto manufacturer also worked on upgrading suspension and now Ford is glad to introduce the independent rear suspension for this model as well.

Do not forget about the “dream-car” or we consider it is better to say two models of you dream; there is the new Porsche 911 Turbo and Turbo s.

Driving such a car, you will forget about roads, people, and police… about everything…

These both performance cars are expected this year. Do not miss them!
So, it a good idea to continue our communication about super cars. And the next one is the LaFerrari of Ferrari. This vehicle is fantastic! It is equipped with a 6.3-liter V12 hybrid powertrain, which produces the output of amazing 963 horsepower. The car is able to get 60 mph in 3.0 seconds and has the top speed of 217 mph.

In its turn, the British auto manufacturer launched the LaFerrari’s rival and it is the McLaren P1, which has a combination of a 3.8-liter V8 twin turbo engine and the electric motor; this powertrain has the power of 903 horsepower with the torque of 663 lb-ft.

As we may notice vehicles equipped with the hybrid system become more and more popular among contemporary people.

And the last one but not by importance is the Porsche 918 Spyder. Although this novelty is not as powerful as its main rivals in LaFerrari and McLaren, however, the new Porsche may be offered in the all-wheel-drive version. The Spyder 918 gets also hybrid powertrain includes a 4.6-liter V8 and the electric motor, both in total can produce the output of 887 horsepower with the torque of 940 lb-ft.