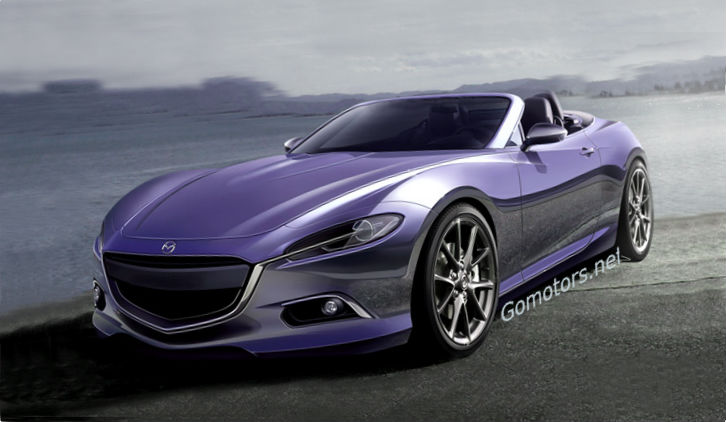 Mazda is ready to prepare the next generation of its MX-5.
This year is the 25th anniversary of the sports MX-5 of the Mazda manufacturer. These all 25 years were really successful for the Japanese auto manufacturer; during this long period there were about 1 million cars sold in the world.

By the way, Mazda produced only three generations of this model. This car has the longest history of the sports car in the car industry.

The auto manufacturer has made decision to start the next year of the MX-5 from anything differently new. Certainly, we are talking about the car’s style in general.
According to some information about the novelty, the Mazda brand plans to make its new car of the next generation look different from its predecessors. The new MX-5 will be expected to be completely renewed.

All renewed MX-5s were updated and redesigned but they all had similar stylish lines from the first model, which was produced even in 1989. Certainly, the contemporary vehicles became rounder than their predecessor was.

Most likely, the new MX-5 will get a new bigger grille, which we may notice at the latest CX-5, the 6 and 3 models. In addition, the novelty will have new less wheel aches; however, unfortunately, right now we have no chance to glance them in details.

The new model is equipped with the back diffuser under the rear bumper.
Besides the redesigned exterior, the fourth generation of MX-5 will have redesigned interior, which includes leathers trim, a new dashboards.

Both interior and exterior have the retro style color that consists of two colors there.
Instead of the common metal folded roof, the novelty gets the folding fabric roof, which will be a standard.

The powertrain will be available with the 1.5-liter and 2.0-liter engines. The 2.0-liter gasoline engine is able to produce the power of 180 horsepower and accelerate a car from 0 mph to 62 mph in just 6.5 seconds. Both units will be equipped with the brand’s SkyActive system.

Moreover, the Mazda manufacturer reduces the car’s weight to nearby 2,180 pounds.

We will see this novelty by the end of this year or at the beginning of the upcoming as well.