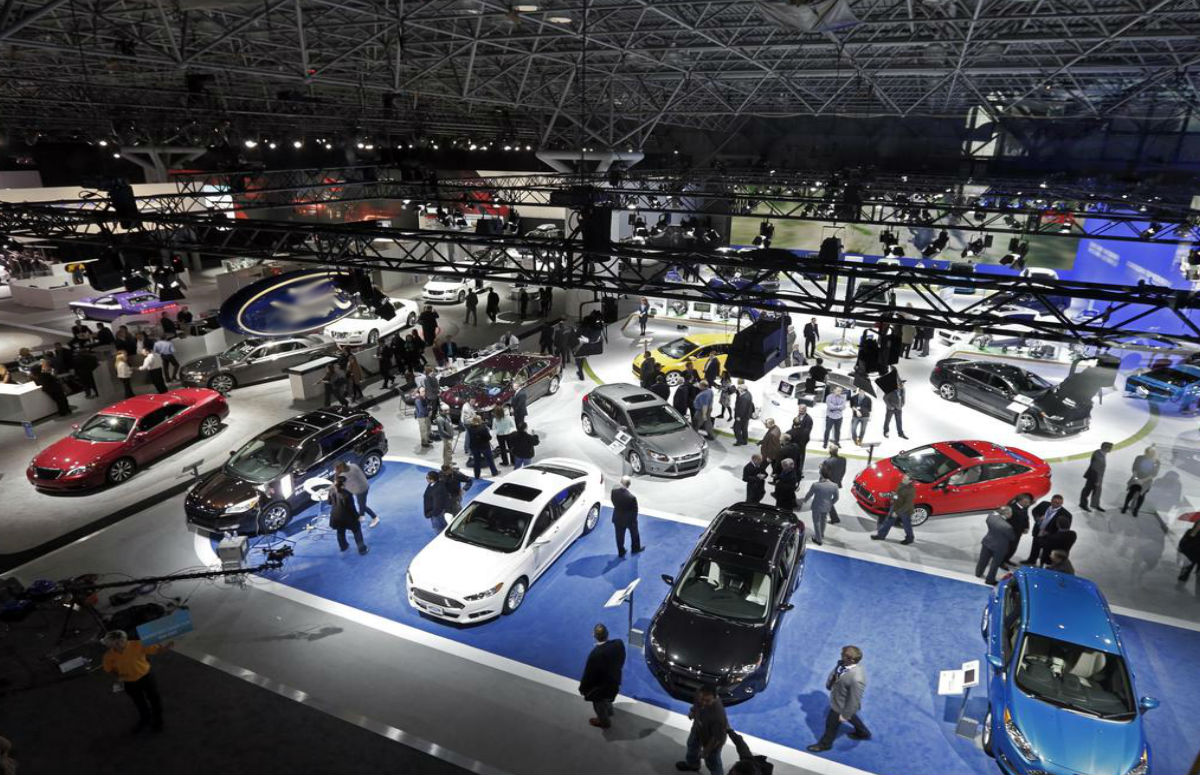 There are just a few days remain before the annual event in the worldwide auto industry. We are talking about the show, which will take place next week (16 April) in New York. You will have the greatest opportunity to see the latest novelties of the largest and most famous auto brands from all over the world there. In addition, in April there will be also auto shows in Beijing and Monaco as well.

Today we would like to give a brief preview about what we may expect from the New York show next week.

We have made decision to start from the concept cars that will be presented in New York this month.

Among interesting concepts, there is the Land Rover Discovery, which is considered as a replacement of the current LR2 and as a result the LR4 in the future. This concept is one of the new models presenting the new auto manufacturer’s “Discovery” family.

The BMW brand will roll its updated concept of the hybrid X5 e-Drive. As you may remember, first, this concept was introduced in Frankfurt last year, then we saw it when testing, but this time the BMW carmaker is ready to show the whole world its eDrive novelty.

The hybrid X5 concept is equipped with a 2.0-liter four-cylinder turbocharged engine and the electric motor. This hybrid powertrain allows reducing the fuel consumption to 61.8 mpg in combined driving mode.

This year the Mazda auto manufacturer plans to present its MX-5 Miata concept car. The main noticeable characteristic of this model is using the brand’s SKYActive system in both an engine and a gearbox. This Mazda’s concept car is equipped with a 1.5-liter four-cylinder SKYActive powertrain.

Then the New York auto show will show new performance cars. And there are three main models introduced.

The first one is the updated Dodge Challenger. The redesigned interior does not include noticeable changes; however, the powertrain has gotten upgrades such as the new HEMI V8 supercharged engine; this novelty will be also available with the eight-speed automatic gearbox as well.

Certainly, we could not forget about the Alfa Romeo brand that has not been showing its novelties for long time. The Italian auto manufacturer will introduce the 4C sports car, which we will glance at with any details.

Chevrolet is ready to present its Corvette of the seventh generation, which will be offered in the coupe version with the new fixed roof. Moreover, according to the carmaker, the new Corvette Stingray will come on the market with the eight-speed automatic gearbox as a model of 2015.

Finally, we have reached to novelties in luxury vehicles. There the main novelty is of Mercedes-Benz that introduces its S63 AMG. This novelty of the S-class is equipped with a 5.5-liter V8 twin turbocharged engine producing the output of 585 horsepower and the torque of 664 lb-ft. This luxury Mercedes model will come with the standard 4MATIC all-wheel drive.

Meanwhile, we will see the new mid-sized Acura TLX, which is planned as a replacement of both the TL and TSX models. The new Acura car will get a powertrain includes V6 or four-cylinder; the front-wheel-drive is a standard but the carmaker will offer the all-wheel-drive as an optional feature.

Besides the concept car, the BMW brand will introduce a successor of the most popular luxury car since its launching in 2008. Certainly, we are talking about the X4, which will come on the auto market after its successful predecessor –the X6. There are no details but we know that the basic version of this novelty will be equipped with a straight-six-cylinder turbocharged engine.