The official revealed of the latest Smart ForFour and ForTwo 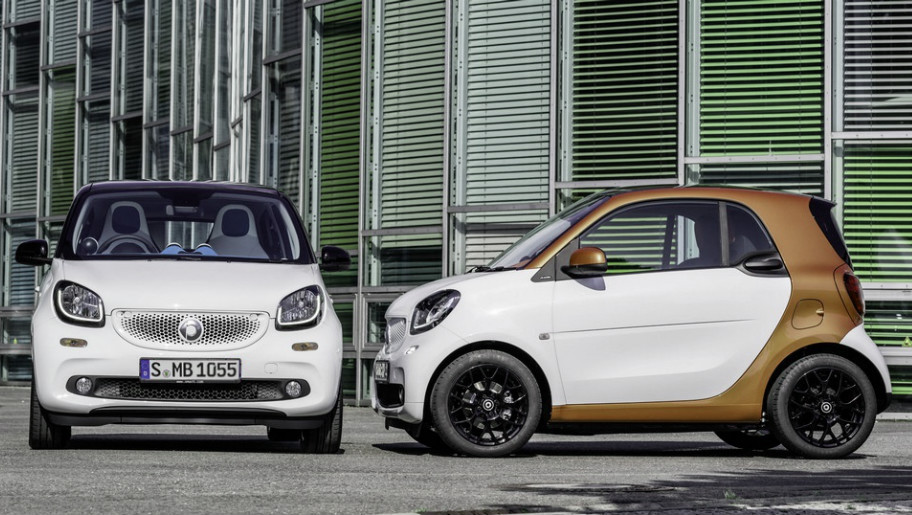 Recently, in Berlin, the German carmaker Daimler presented the new Smart ForTwo and ForFour. Both models come on the market as cars of 2016 model year.

Currently, the latest ForTwo is confirmed for the U.S. where the novelty is coming next year. Both models ForFour and ForTwo are expected to come on the European auto market late this year.

The platform of the novelty has been updated in almost all areas. In spite of that, the new Smart has still rear-mounted engine and rear-wheel drive as well. That platform is used in the latest Twingo model by the Renault.

The auto manufacturer offers its novelty equipped with the three-cylinder gasoline engine, which is produce the output of 90 horsepower with the torque of 100 lb-ft. The car is available with the five-speed manual gearbox and the new dual-clutch gearbox –Twinamic. Later, the carmaker is going to produce the electric-drive Smart ForTwo as well.

The two-seated novelty has less length but the car became wider. Owing to small proportions, the ForTwo gets a better turning radius.
The ForFour has the length of 11.5 feet.

Moreover, the novelty gets improved safety system including airbags for a driver, driver’s knees and for a passenger sitting in front; a seat belt has three-pointed safety. In addition, there is the blind-spot monitoring system, lane-keeping assist, collision-warning system and others.