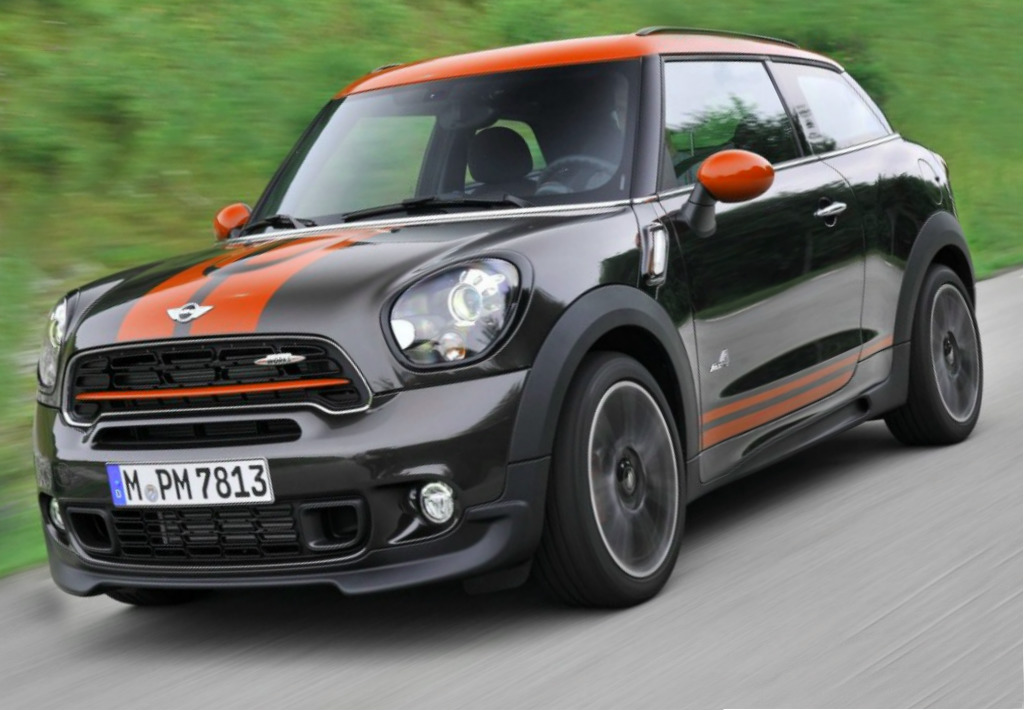 The updated Mini John Cooper Works of 2015 model year will be presented at the Detroit show the first month of next year.
Recently the updated Mini Cooper lineup includes both Cooper and Cooper S; however, unfortunately, the debut has already took place without the renewed sports version of the lineup –the John Cooper Works. Meanwhile, just today, the carmaker has revealed the sporty version, which is planned to have an official debut in Detroit next month.

The redesigned exterior includes new bigger intakes, the rear diffuser; chrome exhaust pipes, which are mounted centrally, a spoiler mounted on a roof and side sills matched to the color of body.

Inside, there are the John Cooper Works badges everywhere, redesigned sporty seats, also a sporty steering wheel and stainless steel covering for pedals.
The powertrain for the novelty is borrowed from the latest Cooper S Hardtop. The John Cooper Works is equipped with the 2.0-liter four-cylinder turbocharged engine, which is able to produce the output of 228 horsepower and the torque of 236 lb-ft.
The novelty gets the most powerful unit that have ever used in the Mini cars. It is more powerful by 20 horsepower and 29 lb-ft of the torque than the previous Mini Cooper vehicle. In spite of the torque peak is 4,800 rpm the engine is quite tractable.

The car is available only with the front-wheel-drive. The transmission is the six-speed manual and six-speed automatic gearboxes, which is equipped with the paddle shifters; there is also the electronic differential lock. In addition, the novelty will get the sporty tuned suspension with adjustable dampers, Brembo brakes and the 17-inch wheels with 205/45 tires. However, the carmaker offers the 18-inch wheels too.
The standard technical features of the novelty includes the brand’s Driving modes system allowing the individual settings. The Mini Driving mode system works on the automatic gearbox shifting characteristics, the dynamic damper controlling works on adjusting dampers, lighting and central displays.

Certainly, the car will be slightly updated before the official debut, but we are expecting its coming in Detroit first month of the next year.