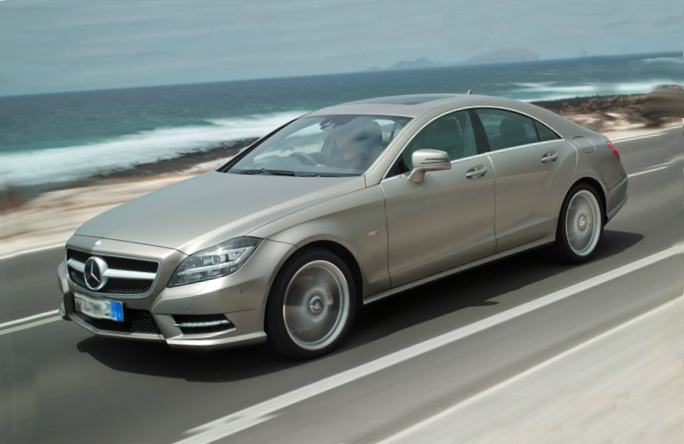 Today we would like to present you some new pictures of the updated CLS-class model. This is the next generation of the Mercedes CLS-class that includes both sedan and shooting brake wagon versions. These 2012 models got upgrades in their mid-cycle and come on the market as 2015 cars.

The auto manufacturer has recently introduced its updated versions of such classes as C-class, E-class and S-class. Later the carmaker plans to present its new M and GLK-classes. That is the reason to launch the updated CLS-class too.

According to the photos, the novelty gets redesigned bumpers, a grille and lights, respectively.

The novelty has also gotten the renewed interior, which includes many new technologies and features. They are cruise control Distronic Plus, the adaptive suspension based on a camera Magic body control, other assist systems such as Pre-safe brake, cross-traffic and steering assist systems. Also there is the new infotainment system mbrace2 inside.

The powertrain is expected to be the 4.6-liter V8 turbocharged engine producing the output of 455 horsepower. The new CLS-class will be offered with the V6 powertrain for the U.S. auto market.

Probably, we will see the CLS AMG version too. Especially, after updated powertrain.

Most likely, the Mercedes Company will revise more details of the updated CLS-class next month. But the novelty will come on sale not earlier than by the end of this year.