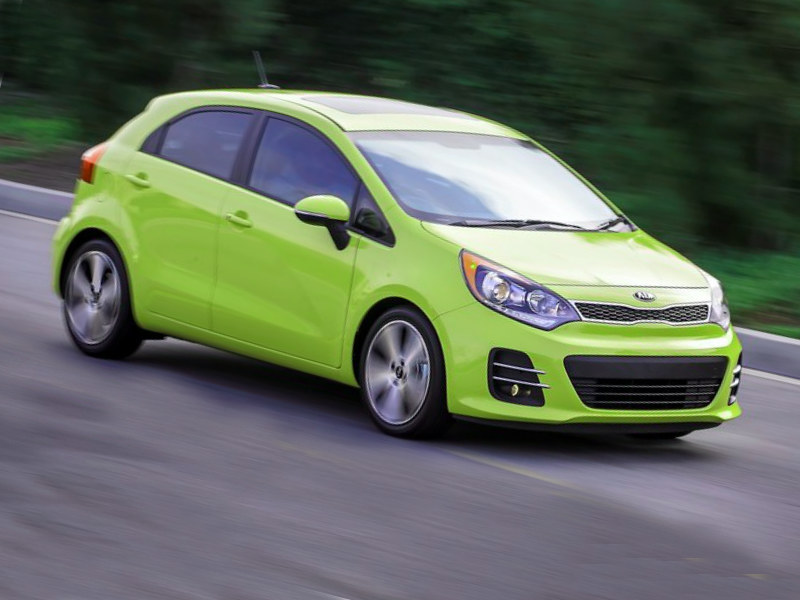 The gleaming skyline and indie rock music in Chicago were the backdrops (KMA) pulled the wraps off the 2016 Rio Sedan. Making its international introduction alongside the formerly introduced Rio 5-Door (Paris, 2014), these two dynamic and modern subcompacts will be the entrance points ever-expanding lineup of award winning cars and CUVs. Refreshed outside and inside for the 2016 model year, the pair offer sporty layout signals that are European and ample interior accommodations while supplying fuel efficiency. Both 5 and Sedan -Door are expected to really go on sale in the first quarter.

The brand's advanced layout was refreshed and both versions continue to give you a lengthy listing of standard attributes, making the Sedan and 5-Door standouts within an otherwise pedestrian subcompact section."

Most observable of the upgrades of the Rio will be the new-for-2016 front and rear fascias. Made to add more powerful existence and visual width, the revised grille insert integrates the now-recognizable geometric pattern discovered on other Kia vehicles including Soul and Optima. New fog light encompasses contain powerful flat satin-finish bezels that house projector lenses. The lights are repositioned inward to get a much more aggressive look. Also, powerful flat planes that hark back to the same treatment in the back are integrated by the lower front valance. The back reflectors are redesigned and repositioned to the far corners of the vehicle, as well as the colour palette of the Rio continues to be improved with two new colours: Urban Azure and Digital Yellow.

Both versions remain offered in three trim levels: the topline SX, EX as well as LX. The popular LX Power Program is still accessible as well as keyless entry, and door locks.

The six-speed manual is not offered in the Rio 5-Door.