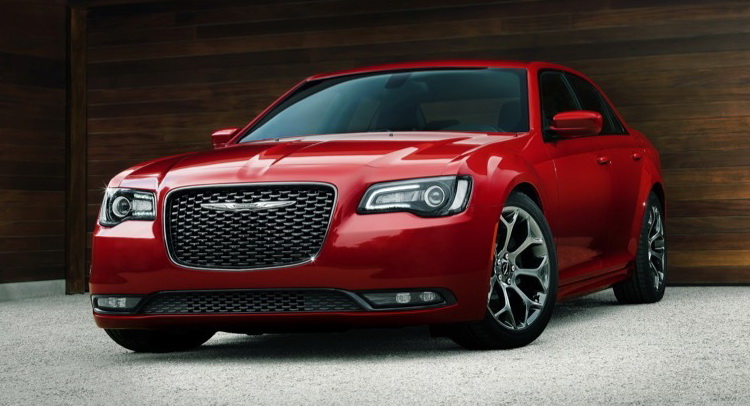 What with the 60th anniversary of the 300 nameplate, which was unveiled in 1955, and the second generation of Chrysler”s modern iteration of its premium saloon getting on a bit, we expected a fully redesigned model.

However, a completely new version has been pushed back to 2018 so the Pentastar's flagship had just received a revamp to bring it up to date. The facelifted 300 will, as brand boss Al Gardner told Autonews, â€œcome with a whole bunch of character and soul and take the car back to that 2005 car“.

The 2015 model features a new mesh grille that”s 30 percent bigger than the previous model”s and features the brand logo in the center, redesigned front and LED rear lights. Apart from that, the 300 remains practically unchanged as far as its external appearance is concerned.

In the interior there”s a rotary dial for the new, 8-speed auto transmission that replaces the T-shaped handled old six-speeder and improves fuel consumption by 1 mpg US in both highway and city driving.

The previous car”s hydraulic steering rack has been replaced by an electric one, which allows the driver to change between three setups named Comfort, Normal and Sport.

A 7-inch screen has been added to the instrument cluster and the slightly revised center console with a 8.4 touch screen for the infotainment system. Speaking of which, the new 300 will come with come with a Wi-Fi hotspot and a (subscription) smartphone app for users who wish to remotely lock or unlock and fire up the engine.

The engine line-up remains almost unchanged, with a choice from a 300HP 3.6-liter V6 or a 363HP 5.7-liter V8. Unfortunately, the 465HP, Hemi V8-powered SRT version has been axed from the US market, even though it will be made, according to Gardner, for â€œcertain right-hand-drive“ countries.

Finally, the 2015 300 will be available in three trim versions: Limited, S and the range-topping Platinum.