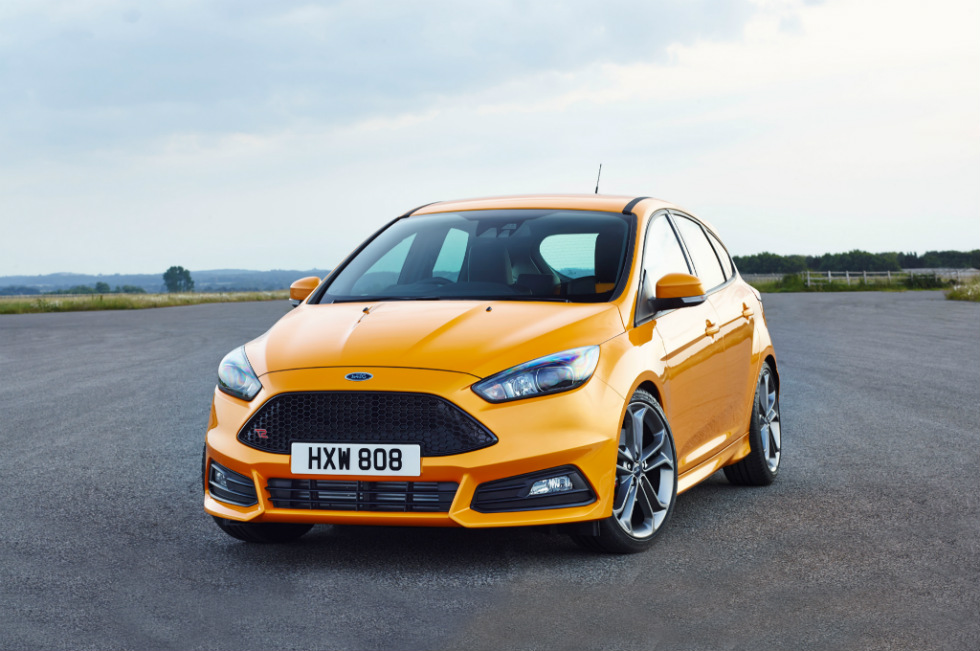 This week there is the Festival of Speed at Goodwood where carmakers present their amazing cars. The Ford is not an exception; it rolls its Focus ST model there.
The Ford Motor Company comes to Goodwood with its updated Focus, which is available in a sports model of 2015. In addition, the new Ford Focus ST is offered in a diesel version that unfortunately is not planned to come on sale in the U.S.
Besides some exterior changes, the 2015 Focus ST gets updates in the technical parts such as a new chassis control system, updated steering and suspension, new refined and balanced driving, new tires as well.

Let us look at the new suspension in details: it is equipped with new front springs and sports shock absorbers, which are mounted on both car’s ends. The steering is electrically power-assisted to provide better driving of the novelty. The new 18-inch wheels are standard but customers are able to order the red brake calipers as an option.

The powertrain is not changed. So, the new sport Focus is equipped with the regular 2.0-liter four-cylinder EcoBoost engine, which produces the power of 252 horsepower and the torque of 270 lb-ft. The novelty has the standard six-speed manual gearbox and the front-wheel-drive only. The car is able to accelerate form 0 mph to 60 mph in 6.0 seconds.

The diesel version of the new Focus ST is equipped with the 2.0-liter turbocharged diesel powertrain that produces the output of 182 horsepower with torque of 295 lb-ft.

The diesel variant accelerates from o mph to 60 mph in nearby 8.0 seconds
Moreover, according to Ford, the carmaker is currently working on development of the next generation of the Focus RS. This future novelty is planned to get the 2.3-liter four-cylinder EcoBoost engine issuing the output of 330 horsepower as the Mustang of 2015 model year. The Ford Focus RS is confirmed to sell in the U.S.
The updated exterior of the novelty includes new bumpers and headlights. There are sports side sills, the new rear wing spoiler, the twin-hexagonal exhaust pipes.
The interior is added by some buttons. Inside, there is satin chrome accents on the gearshift and doors handles. The sports bucket seats are available as an option.
The rearview camera is offered as standard. The newest SYNC system includes a new drive-assists as well.

We are expecting the start of selling this novelty by this fall.