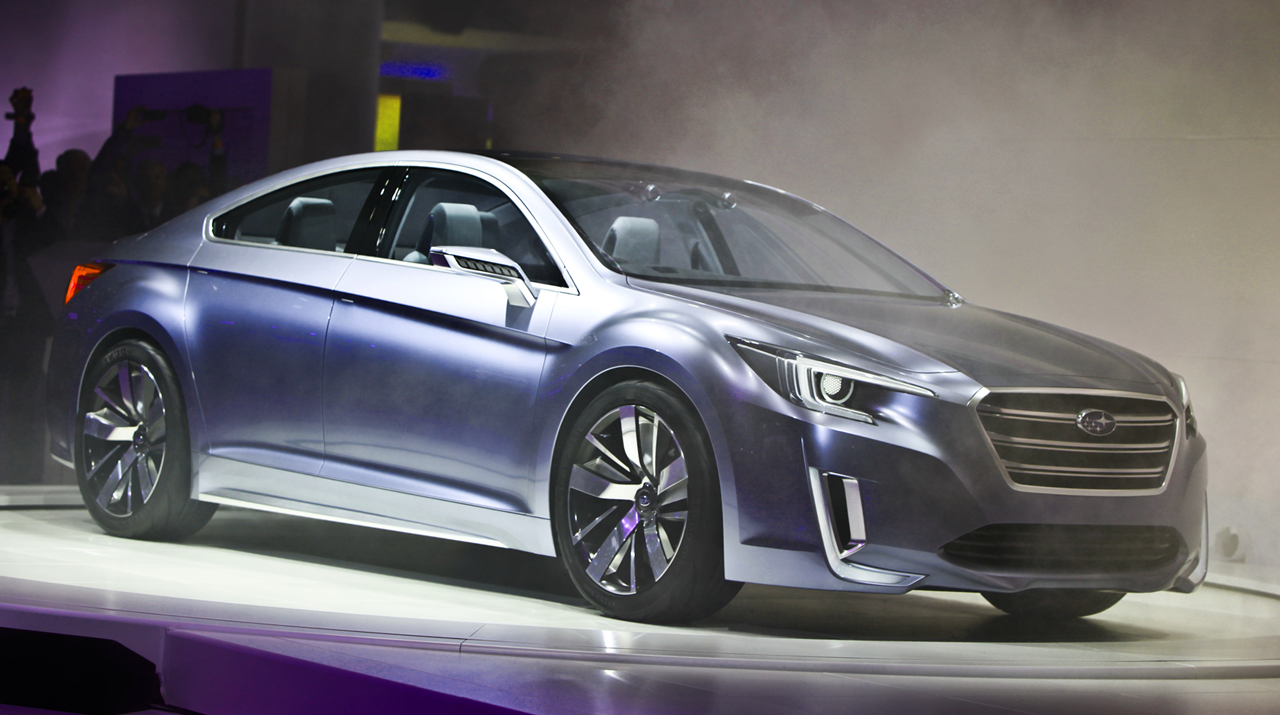 The new Subaru Legacy is introduced at the annual auto show in Chicago this year
The Subaru manufacturer presents its new Legacy sedan at the show in Chicago. As you may remember, last year the concept of this model was introduced in Los Angeles. Now we are able to notice that the novelty does not look like the previous concept however, it has very nice exterior.

The Legacy has become more spacious than previous versions were. The interior space was increased to 104.6 cubic feet and the trunk space –to 15 cubic feet as well.

The four-cylinder engine is promised to be more fuel-efficient with consumption of 26 mpg in the city, 36 mpg on highways and 30 mpg combined as well.

The carmaker could reduce the car weight due to using aluminum in a hood; the weight of the novelty is 3,455 lbs.

The 2015 Legacy gets updated technologies and features such as improved spring and damper, the quick-ratio electric power-steering system, a stability and traction control system.

This novelty has the renewed interior, which includes the brand’s StarLink system with Pandora and Aha smartphone integration. In addition, there is a rear-view camera, iPod connectivity and Bluetooth inside. The latest model is equipped with the new touchscreen display of the infotainment system including Sirius satellite radio, etc.

The auto manufacturer has improved its safety system of the updated model. The 2015 Legacy gets the new brand’s EyeSight system, which includes color stereo cameras recognizing objects including pedestrians. Besides, there is the lane change assistance, cross traffic alert and blind spots assist and new airbags as well.

According to the official information, the carmaker plans to start selling of the novelty this summer. The 2015 Legacy will be available in a wagon variant –the Touring and the Outback. The last on is expected to be introduced at the auto show in New York this April.

Anyway, we will keep you informed as usual.