The latest Nissan 370Z NISMO gets a new look and equipment 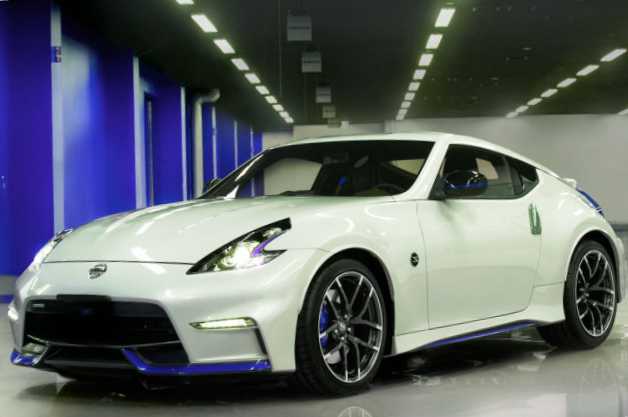 Recently the Nissan auto manufacturer presented its updated Nissan 370Z NISMO of 2015 model year, which got a new more aggressive appearance; a seven-speed automatic gearbox as an optional feature and besides there was the very new tech package available.

We may notice more changes in front; there are a new wider new-shaped grille, LED daytime running lights, a splitter lip in red color, new-shaped side sills, side mirrors and other redesigned details. There is a new restyled and smaller back spoiler on the rear part.

The novelty is equipped with the brand’s 3.7-liter V6 VQ37VHR engine, which is able to produce the output of 350 horsepower with the torque of 276 lb-ft. In addition, the 2015 NISMO gets a renewed suspension.

Meanwhile, the standard equipment has the six-speed manual gearbox with the standard SynchroRev Match. However, the carmaker promised that the 2015 model would be equipped with an automatic transmission as an optional feature.

We would like to remind you that before the Nissan manufacturer launched such models with manual transmissions only.

The carmaker offered the new Tech package that includes a modern equipment such as a new navigation system, which based on hard-drive, a 7-inch touchscreen display, Bluetooth, the Bose audio, a rear-view camera and others.

The novelty’s exterior will be offered only with four colors: the Pearl white, the Brilliant silver, the Magnetic black and the Solid Red.

The 370Z NISMO is expected on sale this July. The prices will be declared closer to the sales date.