This weekend the Rolls-Royce auto brand celebrated its 110th anniversary 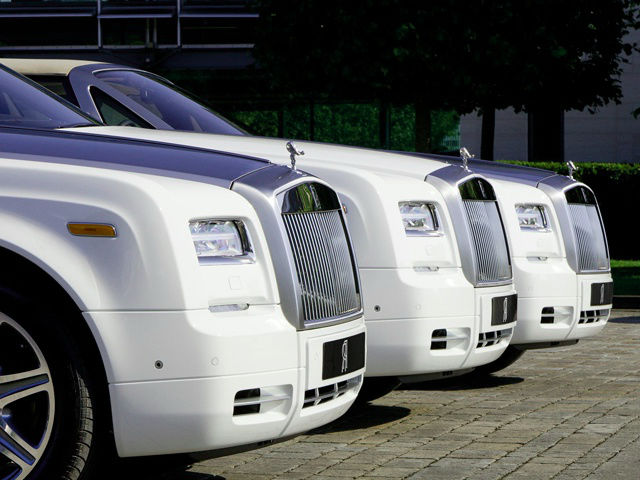 Certainly, we cannot remember it but we know that at the beginning of May 110 years ago, two brilliant men –Henry Royce and Charles Rolls created one of the legend auto manufacturer in the world.

Last weekend, the carmaker celebrated its 110th anniversary in two places in Britain, which are connected with both founders of Rolls-Royce.

According to the story of creation of the legendary carmaker, Mr. Rolls was an owner of the showroom and one service station while Mr. Royce had his own engineering business. First, they met in the Midland hotel that located in Manchester, where Henry lived and worked.

Later the first thing related to the famous carmaker was the radiator with the special shape of two entwined first letters of each last name. However, the well-known logo of Spirit of Ecstasy was not introduced until 1911.

On the same day this year, the celebration of the Rolls-Royce anniversary was planned at the Good Wood motor circuit. This place was chosen not accidentally, it is located close to the ex-headquarters of the auto manufacturer and its factory.

In addition, on the occasional this event, the fans of the Rolls-Royce also made decision to organize another celebration.

The Company produced different powertrains and expanded a range of engines including both marine and aircraft divisions.

The latest development in an engine, the Rolls-Royce carmaker gave BMW, which had been the owner since 1998.

Currently this auto manufacturer is still the luxury carmaker number of one in the world. Last year, nearby 3,630 Rolls-Royce cars were sold. The carmaker sells in over 40 countries.