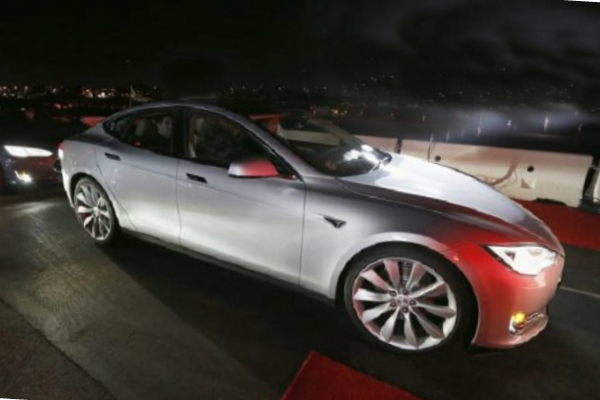 Recently, Tesla’s CEO declared to equip the Model S with an additional power due to the new dual-motor powering to all-wheel-drive. Moreover, we also may talk about the new autopilot system, which has a basic set of functions, but it is planned to be updated and used in the future.

However, the more interesting thing is the double motor. The additional motors powers the rear wheels. Depending on the power, the novelty is available in different versions: 60D, 85D and the top performance P85D; the latest produces the output of 691 horsepower owing to the front motor of 221 horsepower and the back one with 470 horsepower as well.

The auto manufacturer says the novelty in P85D version is able to accelerate from 0 mph to 6- mph in 3.2 seconds only. That allows competing with some supercars even with the Dodge Charger SRT Hellcat, which produces the power of 707 horsepower.

Owing to the new dual-motor, the driving range of the Tesla Model S has increased by around 10 miles. The 60D variant is able to drive about 225 miles with the speed of 65 mph, the 85D drives 295 miles and the high performance P85D goes 275 miles.

It is known the all-wheel-drive Tesla Model S is expected to come on the market next February. The optional dual-motor will cost just 4,000 dollars for 85D and 60D versions and 14,600 dollars for the P85D as well.

The autopilot tech incudes ultrasonic sensors with 360 degrees, radars and a front camera, they all monitor surrounding area. Soon, all Tesla Model S will equipped with that autonomous system, but not earlier models, unfortunately.

According to the carmaker, after improved updates, the autopilot system will be able to respond all real conditions around and offer the self-driving opportunity for the car. Besides, Tesla, the autonomous driving tech is offered by Mercedes-Benz.

Due to the autopilot system, your car is able to adjust to the speed limits according on road signs; it changes lanes if you turn on the turn signal; if you select the side –left or right on the highways, your car will seek a free spot and change lane. Moreover, that system will park your car, too.

The autopilot technology is the optional feature, which cost 4,250 dollar extra.