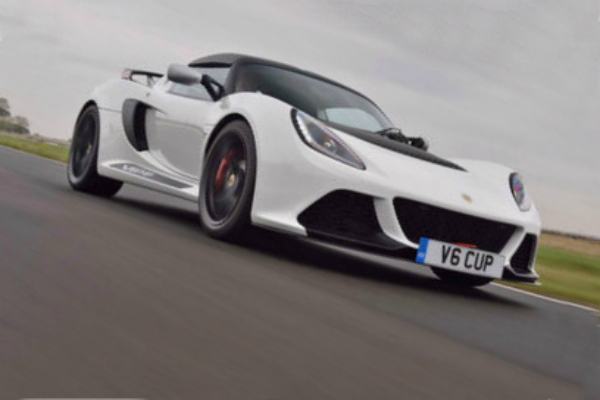 The most recent generation is of Lotus Exige is broader and longer in relation to the first, and comes with more powerful V6 electricity. It proved exciting to share our 2012 Automobile of the Year honours and feels like a miniature supercar. A year later, the Exige S was accompanied by a Roadster version in the price lists (and is nearly indistinguishable to drive) while there's now the offer of the Exige V6 Cup that was hardcore. Exige costs begin with the cup needing an added GBP10,000.

DPM Away being the settings and is the variant of ESP of Lotus. It's effective at both controlling lead and additionally optimising grip out of corners (there is no limited-slip diff) and it may also discover which tyres you are using - Pirelli P Zero Corsas are Trofeos an GBP800 choice normal, - by computing skid.

The additional ten grand youwill need to discover for the Cup does not purchase any additional strength to you. Operation increases have been made on another side of the power-to-weight ratio, with an all-inclusive stripping-out reducing the mass to only 1110kg of the Cup - 66kg less in relation to the Exige S.
Trimming is naturally minimal, with sills in bare alloy and the cottage floor, and switches for fire extinguisher and the battery isolator where you'd usually find the audio system (which is not even an alternative). There is a serious-looking fire extinguisher bottle filling most while the seats are carbon-framed motorsport pails -point harnesses.

Really the only concession to relaxation is air con's GBP1100 choice.

The Exige S feels stunningly quick, to the stage where the asserted 0-62mph time of 3.8second looks nearly conservative. It's an rich seam of punchy torque thanks, although it might not possess the most magnetic V6.

The supercharged V6 makes a huge difference to the car's nature. It is a stunningly powerful engine and throttle response is scintillating, wherever you happen to be in the rev range. Even in sixth gear on the motorway the Exige will jump at the smallest prod and - or B road it's as quickly as you could practically need.

The faster steering is just what you'd anticipate from Lotus - feel as the automobile follows the cambers and it dances in your hands. With a a more heavy mid-mounted engine you might expect the limitation to be felt catchy on by the Exige, but on wet roads it'd swing increasingly with a raise or by keeping your foot in. The Sport setting was totally judged on the way, enabling an interesting number of faux pas before reigning matters back in superbly smoothly. Last but not least, the new V6 seems amazing - there is something of the historical racecar about its growl that is loaded and there is no overpowering supercharger whine.

The Exige Cup is an auto that is dedicated and may be difficult work in the actual - it feels much more securely hung than another Lotus we have ever taken traveling. The steering system is not dead, also. But behind that, there is a wonderfully nuanced weighting that leaves you in no doubt. The consequent rise in hold gets passed on, as they heat up.

The Lotus is a selection that is blatantly dedicted, however, and if you're able to forgo some day to day practicality it delivers highs that are higher and larger delights than any of its foes that are less compromised.

Given the choice between Exige V6 cup and regular Exige S, which would you decide? It is not with the dampers completely softened the Cup would likely be mega that it can not make do with the real world. But it stays a track auto at heart.

But if you do not mind never considering your Exige on road, and have an additional GBP12,000 burning a hole, there is also an even more extreme track-only Hole R to contemplate...