The updated Toyota Yaris will appear as a model of 2015 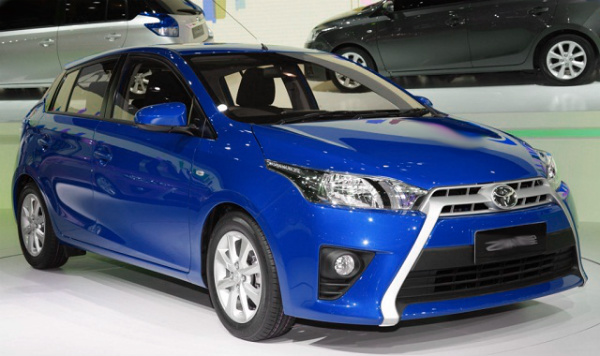 It is known the Japanese auto manufacturer Toyota is redesigning its Yaris model for 2015. The updated novelty gets the first part from the Corolla of 2014 model year. The renewed subcompact will be available with three and five doors packs. In addition, the interior is planned to be redesigned too.

The LE pack is added by keyless entry, audio controlling system on the steering wheel, power side mirrors and the cruise control.

The SE pack includes more features such as a rear spoiler, bigger 16-inch wheels, fog lights and projector headlights. Meanwhile, the SE has some sporty features in a suspension, stabilizer bars and breaking system.

The interior includes a steering and a gearshift covered by leather, sports fabric and black gloss elements there.

In spite of the packs, the car gets the 6.1-inch touchscreen, voice recognition, Bluetooth and the USB port. First, the carmaker present the navigation system.
The new Yaris will be equipped with the 1.5-liter DOHC powertrain, which will produce the output of 106 horsepower with the torque of 103 lb-ft.

The standard gearbox is the five-speed manual, but customers may order the four-speed automatic transmission.